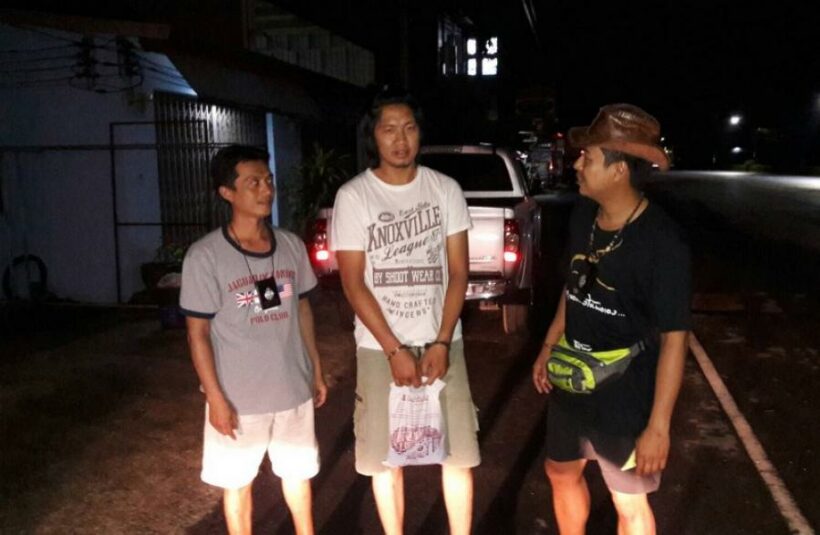 PHUKET: A Phuket drug dealer was arrested in Chalong with nearly 2 million baht worth of ya ice (crystal methamphetamine) and ya bah (methamphetamine) by Border Patrol Police (BPP) this week.

“The arrest was made after we got a report from one of our informants that Srirakorn Luesuvann, 32, was selling drugs to teenagers in Wichit,” said Capt Amphon Samorthai, chief of BPP unit 425.

He was arrested on Kwang Road early on Tuesday morning.

“We went to the scene to investigate and saw a suspicious looking man, so we asked to search him. At first, we found only 58 pills of ya bah, but the rest of his stash was discovered at his house soon after,” said Capt Amphon.

Mr Srirakorn was charged with possession of a category 1 drug with intent to sell and was taken to Wichit Police station for further legal processing.

“He confessed that the drugs belong to him and that he bought them from a man named ‘Bang Mat’. He added that he planned to sell them to teenagers in the area,” said Capt Amphon.

“We will question him further so that we can broaden our net and catch the entire network,” he added.