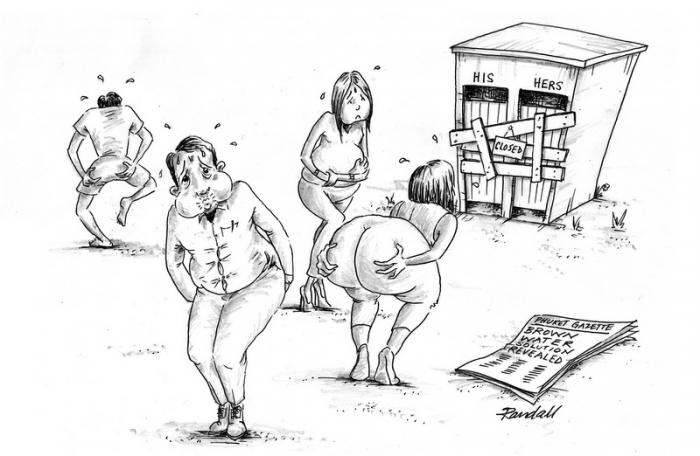 PHUKET: Algal blooms at Patong Beach are an embarrassment that needs to be treated as a high-priority issue by authorities.

The root cause of the problem, untreated wastewater, needs to be directly addressed by increased treatment capacity.

Growing water hyacinths along the banks of the brackish Klong Pakbang is not going to be the solution.
Officials need to carefully review the history of the Danish-funded bio-remediation waste pond using Canna plants at the Patong wastewater treatment facility, put in place after the tsunami, with the intent of curbing seaweed growth at that time.

As per Wikipedia, “Water hyacinth is an aquatic plant native to the Amazon basin and is often considered a highly problematic invasive species outside its native range”.

This plant and other species are already a problem in many Thai waterways, where they are known to choke out native species, block navigable waterways and impede runoff drainage, thus adding to flooding woes – as if Patong doesn’t have enough problems in that regard already.

After the fast-growing plants die, they need to be physically removed, otherwise they will just float downstream into the bay and mingle with all the other biomass there.

The water quality problem in Patong Bay is one that can be rectified, but it requires an industrial approach – not gimmickry.

It is unacceptable for officials to simply pass off this brown stain on our reputation as a tourist destination by saying “it is still safe to swim” or “it will return to normal when the weather changes”.

Officials need to imagine just how disappointed first-time tourists must feel after being enticed to our shores with images of crystal clear seas, only to get to the beach and see that the water there more closely resembles a toilet bowl or a craft-beer brewing failure. Sadly, the appearance of algal blooms has now become an annual occurrence – one that strikes the island at the worst possible time: in the middle of our high season for tourism.

Let us not forget that Patong is Phuket’s most popular beach and, for better or for worse, remains the poster child for a place that continues to sell itself as a tropical island paradise. We need to do better.

Ministry of Farang Affairs: Being an alien in Thailand