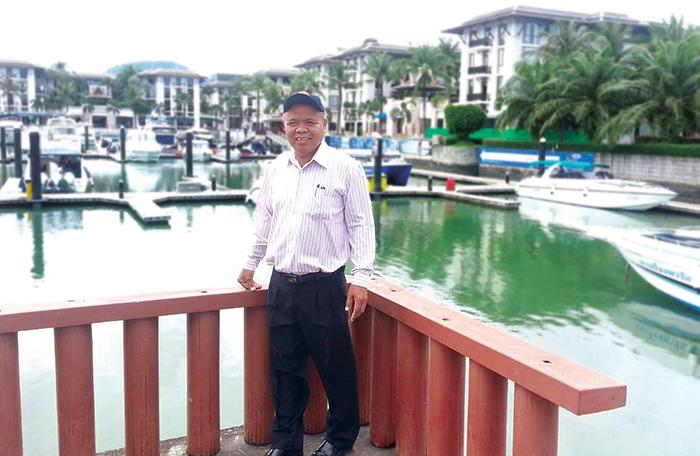 Kriengkrai Arpabuthsayapan is the head of the Phuket Provincial Office of Labor Protection and Welfare, a position he has held since May 2015. From Surin Province, Mr Kriengkrai has worked in the field for more than 15 years, serving in many provinces during his career. He graduated with a Master’s Degree in Labor and Welfare Development from Thammasat University.

PHUKET: As we know, Phuket, along with the rest of Thailand, faces a myriad of migrant labor issues, including foreign workers entering the country without permission.

To solve this problem, why don’t we simply make them all legal?

The Thai government has limited the number of migrant workers allowed to enter the country and implemented many cumbersome procedures for registering migrant workers. I understand that this is for “national security” purposes and to protect local jobs from being taken by foreigners, but as we can see, there is an increasingly high demand for migrant labor. This is especially true in Phuket, where many migrants are employed to work as fishing boat crew.

The government may well believe that limiting their numbers and complicating the registration process will reduce the number of foreign workers, but this, in fact, has the opposite effect. It causes more foreigners to end up working illegally in order to avoid all the hassle of getting legally registered.

Thailand is under pressure from the international community to solve the problems associated with illegally employing foreign laborers. They have no legal rights so they are easily exploited. Their basic human rights are violated by making them live in deplorable conditions and paying them less than the minimum wage.

We are trying our best and actively looking for these illegal underground workers. When we fail to find them, it is easy to blame us and say we are not doing our job properly. Admittedly, Phuket is not that big, but they know how to hide when we conduct raids, so the ‘problem’ continues to grow.

So why don’t we simply bring them up from under ground and make them all legal, providing them with social security, just like Thai workers? The economy will benefit; the laborers will have better lives; and we will not get shamed in front of the international community anymore.

Additionally, it would be much easier to control their activities if they were legal.

A majority of the migrant laborers are not a threat to national security. If these workers are working legally and have a decent standard of living, there would be no reason for them to turn to crime, but even if they did, we have police officers to control them.

Secondly, these workers are not here to steal Thai jobs as they procure the kind of work that Thai people are not interested in – physical labor. The obvious solution is to hire people from outside who are willing and able to do jobs that Thai people won’t.

These physical laborers are fundamental building blocks for Thailand. Lots of big businesses would not be able to function successfully without them. We should give them opportunities to work for us, rather than treating them like criminals. If they decided to stop working for us one day, it would surely create a huge shortage of labor in the country.

I have suggested this idea in several meetings but no one really wants to take up the challenge as it goes against current government policy.

I understand that the government must have thoroughly mulled it over before implementing these labor regulations, but I think there is room to change some policies for the better. It is also very risky that we have no real knowledge of how many illegal workers are living in Thailand.

So far, we have taken all the wrong steps to try to solve this issue, which end up making the problem even worse. I will keep pushing my ideas in meeting after meeting, hoping that somebody at the top will realize the potential benefits.

A Decade Ago: Songkran, road-safety and dive regulations