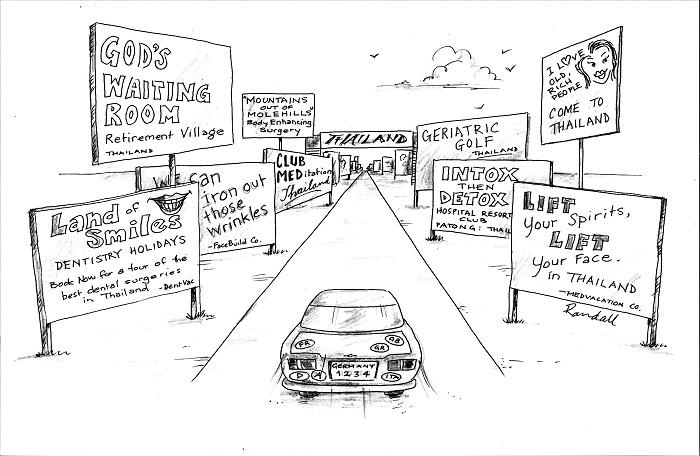 PHUKET: A plan to introduce 10-year visas for ‘senior’ foreigners makes sense overall, but we hope those drafting the legislation can find a way to fine-tune it so a wider range of long-term expats, many of whom have contributed much to the Kingdom, can also qualify.

Under the recently-revealed plan (story here), the 10-year visas would be realistically obtainable to only a fraction of the law-abiding expats over 50 who might actually benefit from having one.

The main hurdles will be financial; only well-heeled foreigners with passports from select high-GDP nations need apply.

Thailand has long sought to position itself as an ‘elite’ tourism destination and has a long history of unabashed efforts toward the goal of attracting ‘quality’ (read: ‘rich’) tourists.

The Elite program, run by the Tourism Authority of Thailand (TAT), now offers no fewer than eight packages, all tailored to meet the immigration and other needs of wealthy foreigners and their globe-trotting family members.

With these Elite packages and the proposed 10-year visas, wealthy foreign retirees are truly spoiled for choice when it comes to Immigration options for settling down in the Kingdom.

However, many long-term expats will still find themselves forced to endure ‘visa runs’ simply because they cannot afford the high costs – or do not see these avenues of staying legally in the Kingdom as cost-effective.

The only other avenue, the immensely time-consuming application process for a residency permit, also comes at a steep cost: about 200,000 baht, before lawyer’s fees.

The fact remains that the welfare of scores of law-abiding foreigners who have lived, worked and paid into the state social security system for many years, find themselves still needing to do visa runs – or face the prospect of having to leave stable homes and families as they reach old age.

For all of its elitist aspirations, this situation is not really appropriate, given Thailand’s renowned reputation for hospitality, so we hope that the authorities will reconsider things before the new rules are put into place.

Opinion: Inspiring the next generation of Phuket sailors