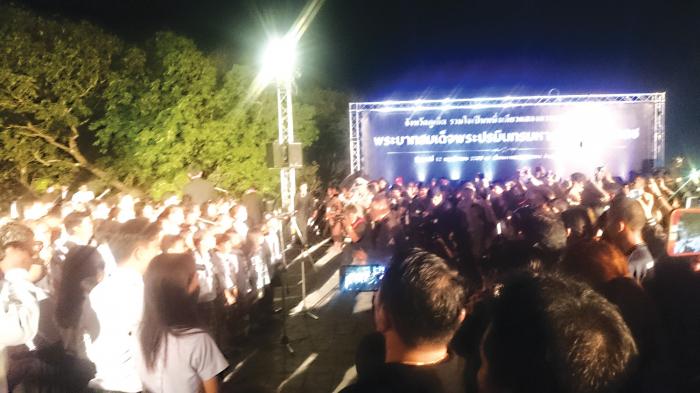 PHUKET: IT IS as many of us had feared; Donald Trump is soon to be the man in the White House and signs of chaos have already begun to erupt in many parts of the United States and even other parts of the world. Markets are tumbling, people are calling for a re-count, others have taken to the streets in protest and yet others are still in shock.

It is a different story altogether in Phuket. While the world wonders what to expect at the culmination of this bizarre election season, Phuketians, and indeed all Thais, are absorbed in mourning the loss of the nation’s father.

While government and public sector officials are directed to wear mourning garb for a whole year, many Thais are voluntarily dressed in black, although the 30-day period is now past. One recent outpouring of love and devotion took place at Laem Promthep on November 12, when approximately 20,000 people gathered to commemorate the loss of their beloved Monarch.

Even as a foreigner, I could feel the overwhelming emotion and sense of loss that hung in the air. Women,children, young and old alike hiked up to the top of the cape, some in wheelchairs, others with children in tow, but none complaining. If there is one thing you could immediately see, it was everybody’s eagerness to be there and show their love. From posing with His Majesty’s picture to lighting a candle and saying a prayer for him, all were eager to make their prayer heard and their blessing count.

However, another emotion, perhaps not as glaringly obvious as the expression of sorrow, was a sense of pride in the country and the Monarch they had so recently lost. School children played His Majesty’s compositions and everyone listened in raptures to each tune, which then received enthusiastic applause. It was as if Thais were telling the world that this loss was more than just Thailand’s loss – the world had lost a great leader as well. And in that moment, joined by thousands of Thais mourning their King, I felt like this was my loss as well.