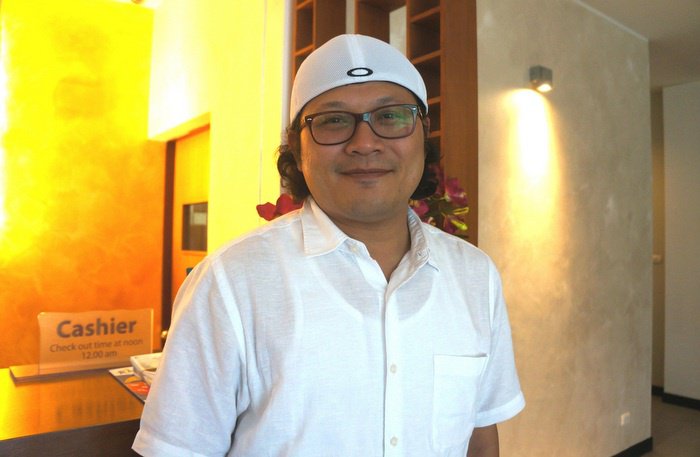 Preechavude ‘Prab’ Keesin, 39, a Patong native, is best known as the Managing Director of the Pisona Group.

He attended Kasetsart University in Bangkok where he received a Bachelor’s degree in Finance. He now holds a PhD in public administration from Phuket Rajabhat University.

Here he talks about the changes needed for Patong to move forward and meet the demands of tourists from around the world.

PHUKET: From my point of view, Patong is growing very fast, both in terms of population and development. It’s similar to Pattaya and other big tourist destination cities because so many investors come here for business.

Investors from different parts of the world have differing ideas that they bring from these countries and adapt to suit Patong. That is why we see a lot of businesses and a large variety of entertainment.

However, undertaking development here is a lot more difficult than other places. There are a lot of laws that do not mesh with the growth of Patong. Service and the volume of people are not flowing well.

A fast growing city like this should be more productive, and indeed Patong’s tourism business has expanded rapidly over the past two decades. The law cannot adapt fast enough to the constant growth of the city. It is a very old fashioned form of authoritarianism, controlled by the central administration in Bangkok.

I would like to eventually see a special administration enforced with a connection between local officials and the central authorities in Bangkok.

Under the administration, if businesses were to register in Patong, tax money would stay in Patong, as would taxes from alcohol and food sales.

Can you imagine how much money we would make in a day? Millions of baht could be earned and we would still be able to pay some tax to the central government.

As Patong earns Thailand a lot of money, it is essential for local officials and the central government to strike a deal.

Additionally, there are other ways of improving Patong for businesses and tourists.

I often wonder how many officials are able to use a computer and the internet properly, or how many official websites are up to date so that we can read the latest news and laws. Also, how many police officers at the Patong police station can speak fluent English? I would like to see the posting of officers who are capable of working and benefiting Patong the most here.

Officers who work in Patong should get at least 50,000-baht per month salary, and these officers must pass standard courses and speak English well.

Therefore, officers should be able to pass a standard Test of English as a Foreign Language (TOEFL) because it doesn’t matter how fast Patong grows if this is not matched by our officers being able to speak English and meeting the island’s demand.

We also have to make investors, business owners and tourists happy here. If they are extorted and put up too much capital, it is not good for anyone.

For example, trading hours should be extended. How can businesses earn enough money to hire qualified staff who speak English if they lose a lot of money because of short trading hours?

We should also spend money on power and waste management plants, good schools, training centers and public transportation, such as a sky train, so that we can compete with other countries.

I would just like to see the people who live and work in Patong, to love Patong and unite in moving it forward. I want to see good people who constantly develop themselves living on the island.