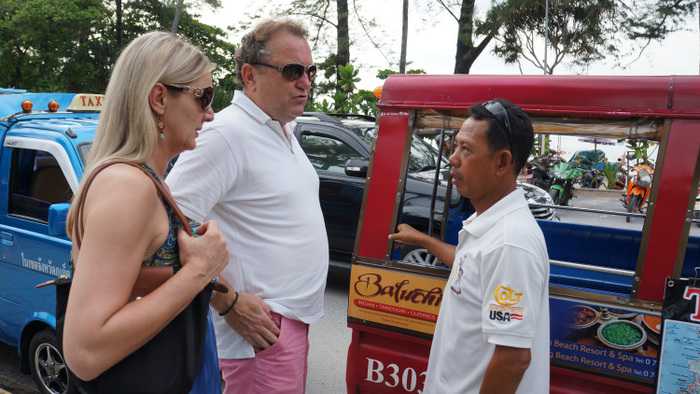 In my search for the energy-sucking culprit, I spent one Saturday evening turning different household appliances and gadgets on and off, and checking the electricity meter readings. The result of this little experiment made it clear – the electric cooker was to blame.

Looking for a way to save money, I made a decision to switch to gas, which meant an initial investment in a gas bottle, a regulator and a cooker. In search of a good deal on all of these appliances, me and my girlfriend set out in two different directions to widen the search area.

The surprise came when we met again to share the results of our hunt. Hers – a cooker, a gas bottle and a regulator for less than 5,000 baht. And mine? More than 6,000 baht for the exact same set.

With a little spare time on our hands we decided to conduct yet another experiment by sending my girlfriend to ask for the prices in the exact same shops that I had just visited an hour earlier. The results? A 5,000 baht price tag. And yes, my girlfriend is Asian.

We have all been there, haven’t we?

It’s like the time I took my bike to a garage and asked for a quote on the cost of a new coat of paint. It will be 20,000 baht, the mechanic said; more than double what my Thai friends told me such a job should cost (the bike remains in its original hue this very day).

Just like when I tried to convince the man guarding the entrance to the Bang Pae waterfall that my work permit proves that I live, work and pay taxes in Thailand. This is something that should entitle me to a ticket at a local price, which happens to be 10 times lower than the one for tourists, shouldn’t it? Well, apparently, it doesn’t.

My western looks speak louder than that precious blue book.

I have become used to this common occurrence, and now treat it as something natural. It’s a part of life in this country.

On the bright side, boycotting places that charge me more money just because of the way I look saves me quite a lot of money.