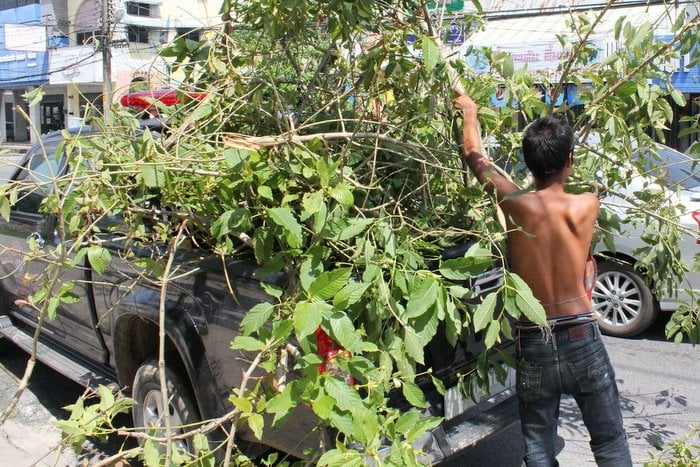 Pol Sen Sgt Maj Komon Dumluck, president of Narcotics Protection and Suppression of the Central Islamic Committee of Thailand, was born in Phuket on April 5, 1967. He graduated from Ramkhamhaeng University in Bangkok with a BA and MA from the Faculty of Political Science. He then want on to secure a PhD from Bangkok’s Suan Sunandha Rajabhat University in Policy & Planning.

Here, he talks about strategies for dealing with the drug problems of Thailand’s Muslim youth.

PHUKET: It is not only Muslims who use kratom leaves. In Southern Thailand, they are used widely by adults and youngsters from all backgrounds. However, the Koran clearly states that using any kind of drug or stimulant that causes addiction is against Islamic Law.

In my role as president of Narcotics Protection & Suppression of the Central Islamic Committee of Thailand, I oversee such matters. My jurisdiction is not just Phuket, but the whole of Thailand.

A few weeks ago, I took part in a seminar entitled “Thailand Against Narcotics” held at the Office of

the Narcotics Control Board (ONCB) headquarters. Its purpose was mainly to look at ways to rehabilitate drug users.

Thailand’s previous drug policy has been aimed mainly at suppressing the use of drugs through law enforcement. This approach has proven to have only a limited effect on the problem. Once convicted drug offenders are released from prison, the majority of them return to using drugs – it’s a never-ending cycle.

At our most recent meeting, we looked at a number of different approaches, which focus more on rehabilitation, and came up with several alternative solutions.

One of these solutions is to set up a rehabilitation center where drug offenders can go to receive help. Because of the stigma surrounding drug addiction, the center has been named the “Self-Development Center”, so that parents don’t feel embarrassed about sending their children there.

Public health experts will be put in charge of the rehabilitation process, and the center will receive its budget from the ONCB, which amounts to 12,000 baht a year for each offender who takes part.

At present, the Islamic Committee of Thailand has contributed 13 million baht to help set up the project. Of that amount, I have already spent about 3mn baht to acquire the six rai of land in Krabi on which the center will be built. The other 10mn will be used to construct the center’s facilities.

In addition, I have been in negotiations with Krabi Governor Songphol Sawasdhram, and he has agreed to allow us to use about 870 rai for a farm and animal hospital. The farm will provide new skills and on-the-job training to those people in the drug rehabilitation program, so that they are ready to rejoin their communities when they finally leave. My idea is to support and inspire them to make a positive change in the lives – one that will be drug-free.

Kratom leaves are classified as a category 5 drug, so the penalty for using them is not very serious. It has become a problem in our community among young people, because kratom is often mixed in large quantities with soft drinks or cough syrups.

Kratom drinks have also become popular among Muslim youth as an alternative to alcohol, which is prohibited under Islamic Law. It is very difficult to stamp out kratom abuse. First, because it is easy to purchase ingredients like cough syrup and coke to make a kratom drink, and second because kratom has long been used in our culture for things like pain relief, relaxation, to reduce hunger and to increase energy when doing manual work in the fields.

I have given orders to all Imams in Phuket to take serious action against those who deal in any kind of drugs. If any Muslim family is found to be harboring family members, or anyone else who deals in drugs, the entire

family will be prohibited from taking part in Islamic religious activities. This is a very serious penalty for Muslims.

While kratom use in our communities is not a serious offense, it can lead to the abuse of other drugs that can have serious repercussions on all members of a family.

Instead of damaging their heath by taking dangerous drugs, our youth should be using their time to study and improve their lives.

Opinion: The future of the Andaman’s coral reefs is in the hands of Phuket tourists