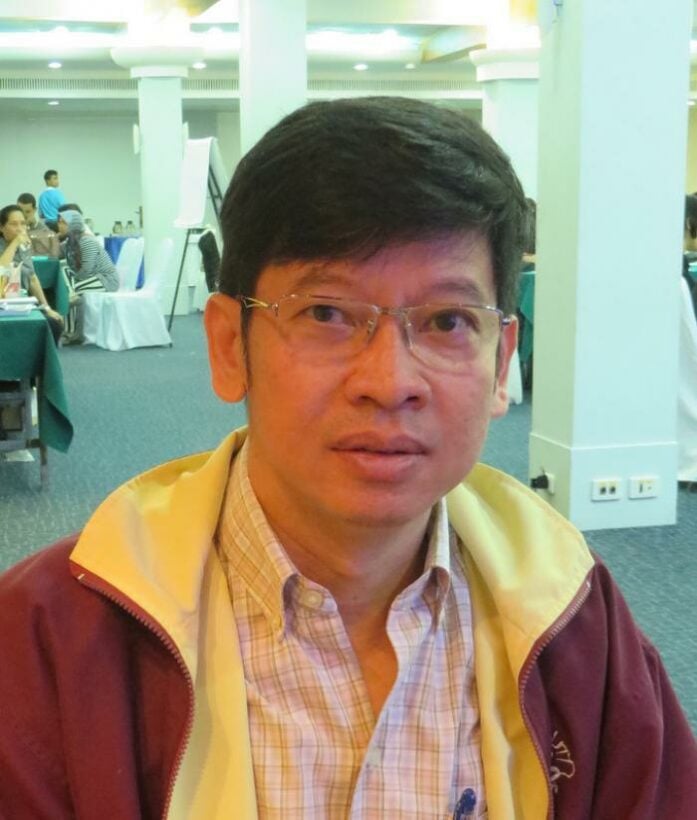 Thanapong Jinvong, 50, is Director of the Academy of Road Safety at the National Health Foundation and also works at the Department of Disease Control. He graduated from the Faculty of Medicine at Ramathibodi Hospital, Mahidol University with a specialization in epidemiology.

Here, he talks about three ways to improve road safety in Thailand, which ranks third in the world for road deaths.

PHUKET: We’re doing three things wrong with regard to road safety: We often don’t determine the true cause of accidents, our driver’s licence laws are too lax and we allow our children to drive before they’re mature enough to know their limits.

If we don’t know the real cause of accidents, we can’t take the appropriate steps to prevent them. The media, police and insurance companies all share the blame for this.

Let’s start with the media – they are the ones who tell the story to the public. They have the power to influence how people think about accidents – how they come about, who is responsible and so on.

Generally speaking, the media is satisfied with the following explanations: the victim was at fault, it was unpreventable, it had a mysterious cause. For example, if the driver was drunk or going fast, that’s enough for the reporter. Those are likely contributing factors to an accident, but of course they may not be the whole story.

“Unpreventable” accidents, according to the media, are those caused by weather or mechanical problems.

With mysterious causes, the media plays with people’s beliefs. For example, in Phattalung recently a man died after an accident on a dangerous curve. He wasn’t wearing a seatbelt and was thrown from the car. Wearing a seatbelt, he might have survived. But instead of saying that, the headline said
“Fortune teller said it was his time to die”.

The media needs to stop being satisfied with these explanations. They need to put aside what looks good in a headline and dig deeper.

And let’s not forget the role of insurance companies. They need to back off a little and let police investigate first instead of trying to settle cases as quickly as possible.

The second thing we are doing wrong concerns driver’s licences: they are too easy to get and too easy for unsafe drivers to keep.

The Land Transportation Office has to make it harder to get a licence by increasing the amount of driver-training required. Then people would really know the traffic laws before they start driving.

And they shouldn’t allow new drivers to drive at night.

Finally, people who drive drunk should have their licences revoked. That’s the way to send the message that drunk driving is absolutely unacceptable.

And speaking of alcohol, the last area we need to focus on is young people drinking and driving. When we consider the number of young people who drink and their attitudes towards alcohol, we can see that we have a problem.

Consider this statistic: The number of young people aged 15-19 who drink has been increasing since 1996. As for attitudes, university students in a survey said that even after drinking two bottles of beer or 300ml of whiskey, they can drive unimpaired. In an informal survey we did of people who had been maimed in road accidents, 75 per cent were 13-30 years old. In the alcohol-related cases, many of the men said that they drove drunk because they didn’t want their friends to know they couldn’t. Many of the women said that they were afraid to say no when asked to get in a car with a drunk driver.
Parents: take heed.

Phuket Opinion: Changing the way we see with photos