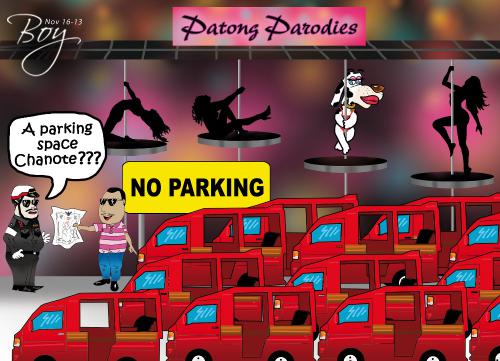 PHUKET: It is astounding to be in a place where so many “haves” and “have-nots” co-exist in such close proximity. We live on an island where trucks packed with rain-soaked illegal migrant workers are such a common sight that many of us have grown impervious to their suffering as we wait and hope for the traffic light ahead to turn green so we can move forward with our own lives.

The recent outcry against the controversial amnesty bill scored a rare victory for equality and fairness in society. But as the ongoing protests in Bangkok show, the social-fairness equation in Thailand tilts back toward equilibrium only under the immanent threat of protests, violence or other forms of social upheaval.

Despite waiting for years to secure a place to legally call home, the residents of Klong Koh Pee have not taken that path. Instead, they have peacefully raised the issue of the gross economic inequality they are facing.

The protests in Bangkok have also served to highlight how often the espoused agendas of elected representatives in Thailand fail to meet those of the people they are supposed to represent.

The Senate, no doubt monitoring the situation on the streets, voted unanimously to reject the amnesty bill that was earlier unanimously passed by the Pheu Thai-led House.

That such a complete disparity of opinion among two houses that are both meant to represent the Thai people is astonishing, but Thai legislative and judicial institutions have a rich history of looking far beyond arcane legal considerations when reaching decisions that can have far-reaching social impacts.

After all, when the National Anti-Corruption Commission charged former Prime Minister Thaksin Shinawatra in an asset concealment case, the Constitutional Court acquitted him of those charges after he confessed that it had been an “honest mistake”, thus allowing him to remain in office. That decision set the stage for so many chapters of social upheaval, and sent us down a never-ending cascade of conflicts, rather than on the straightest path to achieving a fully functional democracy.

At the other end of the social spectrum are the people of Klong Koh Pee, who were evicted from the outskirts of the enormous landfill where many of them eked out a living picking out scraps.

The Government’s reticence on issuing a “Community Chanote” for the protected mangrove land onto which the community has resettled is understandable. The reality on the ground, however, is that the authorities in Phuket have an abysmal record of stopping encroachment on mangrove land – just look at Soi Kingkaew in Rassada, which was once home to vast, pristine stretches of mangroves before it was filled in by encroachers.

Applications for “Community Chanotes” need to be carefully considered case by case, but this does not mean that the process itself needs to be bogged down by political shenanigans.

Those taking the high ground by asking the government to uphold its promises without resorting to threats of violence and social upheaval should be rewarded, not ignored.