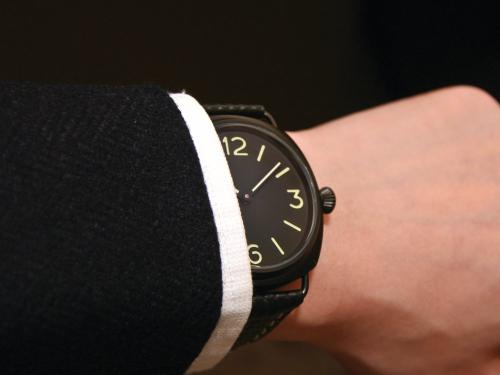 PHUKET: There is a special relationship between time and islands, which Einstein might have narrowly missed quantifying in his examination of the Theory of Relativity. The theory points out, among many other things, that space travellers moving at nearly the speed of light might reach a distant galaxy and only age 26 years. However, here on Earth millions of years would have passed – so it is with relativity.

What the Nobel Prize winner and founder of the Atomic Age either failed to grasp or was focused enough to sidestep was the fact that too much sunlight speeding around the little tropical islands that dot the equator has also caused time to slow down relative to the rest of the world. This phenomenon is the renowned “island time”.

But like so many elements unique to these isolated environments, island time, perhaps once known as “Thai time” here on Phuket, is on the verge of extinction here. Phuket has entered the corporate time zone, and it is now feared that clocking in five minutes late for work will be noted – in stark contrast to the good old days of showing up at work “sometime after lunch”.

Co-workers no doubt take subtle glances down at their wrist watches, bosses are apt to stare intently at their Rolex Oyster Perpetual GMT-Master IIs, passive-aggressively pointing out that the mechanism on their wrist, developed just over 300 years ago, is more apt at keeping track of time than you, who took millions of years of evolution to bolt together.

There is, however, a way back to those nether years of Phuket, when the Phuket Gazette was delivered by its founder from the back of his jeep and showing up on time for something was pointless – to go there we must embrace the world of watch advertising. Only there, at somewhere between 10:08 and 10:13, will Phuket find a solution.

The watch advertising industry, as it turns out, operates on the same relativity that drives island time. As many a watch connoisseur or individual with an eye for detail will have noticed, well over 95 per cent of all the watches presented in advertisements are stuck at the aesthetically attractive and blissful moments between 10:08 and 10:13.

By embracing this corporate niche of relative time and becoming an island of watch users whose devices are permanently prepared to hit the glossy covers of Men’s Magazine or Cosmo, we can once again slip blissfully into island time, leaving the corporate worries to those who chose to live in Bangkok.