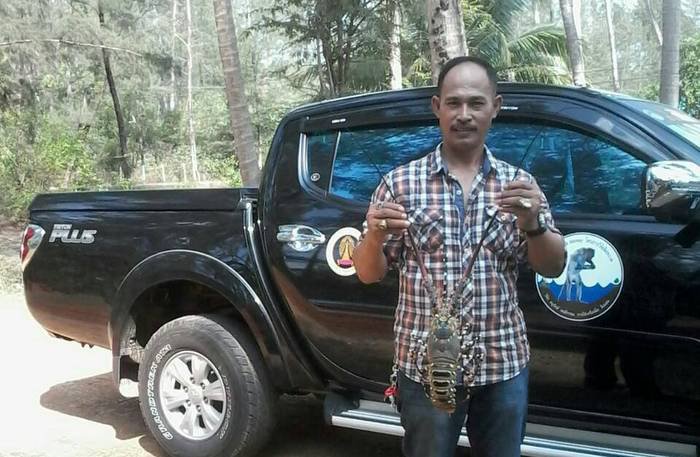 Kritkantatong Kantap, 46, has been a member of the research team at the SEA Monkey Project of Chulalongkorn University since 2010 where he is part of a team that studies monkey species in Thailand. He holds a bachelor’s degree in political science from Ramkhamhaeng University.

Here he talks about how feeding monkeys can be detrimental to their natural behavior and what the effects will be if it is continued.

PHUKET: The main objectives of the SEA Monkey Project are to create a database for future studies of monkeys, conserve their environment and help prevent them from changing their natural behavior.

In 2006, Prof Michael Gumert of Nanyang Technological University of Singapore first found a long-tailed macaque that was able to use tools to break open the shell of its food in Prachuap Khiri Khan province. He then broadened his research to Ranong, Phuket and Phang Nga.

Soon we will continue our research in Trang and Surat Thani.

The brain of a monkey can develop more than just giving it the capability to use tools. Monkeys can do much more than we imagine. However, human behavior has now begun to interfere with their natural way of thinking and using their brain.

We have yet to conclude our research and decide to what extent a monkey can use tools to benefit its life and the lives of its species. However, the one thing that is strikingly clear is that Thailand’s ever-growing tourist population is preventing them from developing or using their naturally learned behaviors.

Feeding the monkeys will only make them lazy, waiting around to be fed as opposed to hunting for their meals.

I fear that if it continues, generation after generation of monkeys will completely lose their ability to find food for themselves.

Another problem that persists when a group of monkeys become dependent on food from humans is that if food is not readily available when they want it, they will go into peoples’ homes or steal from hikers and tourists, instead of figuring out where they can find the food naturally for themselves.

This can be very dangerous, as monkeys may become hostile and can carry many diseases that can be transferred to humans. Adversely, humans also have the ability to spread disease to the monkey community through physical contact or from items around their homes.

Most people think that monkeys are able to eat anything that humans can. However, this is not true.
For example, long-tailed macaques naturally eat things from their direct environment near the sea, such as crab and shrimp. This is why they have developed the ability to use tools, such as rocks, to break open shells.

On the other hand, pig-tailed macaques living in the mountains eat fruit found in the trees. So what you would feed one species, may not be good for another.

Another issue that comes from feeding monkeys is the amount of trash it produces. Often tourists will throw food in plastic bags for the monkeys to eat, with out cleaning up afterwards.

Additionally, monkeys may rummage through garbage bins for food, throwing plastic and other trash on the ground. Therefore, the best thing to do for everyone would be to stop feeding them.

I understand that this may not be the easiest solution, as many tourists come to Thailand to see and feed monkeys.

Tour operators should know how to educate tourists on what they can and cannot feed the monkeys, monitor their behavior and help clean up the environment around them.

It’s a very difficult situation, as so many people come here to see and interact with the monkeys, as opposed to witnessing them in their natural environment.

To gradually solve the problem, we will start by educating students.