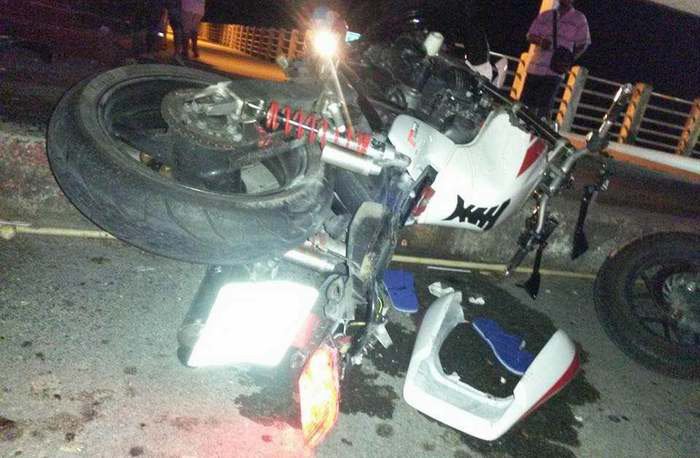 PHUKET: A Karon Police officer was killed after he lost control of his Honda big bike in Rawai early this morning.

Police believe that Lance Corporal Nattachai Huahin was unfamiliar with the area and hit a curb at high speed just after midnight.

“At the scene, we found the body of LCpl Nattachai with a broken neck and severe head injuries. His damaged motorcycle was nearby, as well as four other damaged bikes that were parked by the curb,” confirmed Lt Cholada Chokdeesrijan of the Chalong Police.

Friends of the victim told police that they had driven to Chalong to have dinner, but when they found that the restaurant was closed, they decided to find a place in Rawai to eat.

“LCpl Nattachai was wearing a helmet at the time of the crash. However, because he was going so fast, it broke off when he hit the ground,” said Lt Cholada.