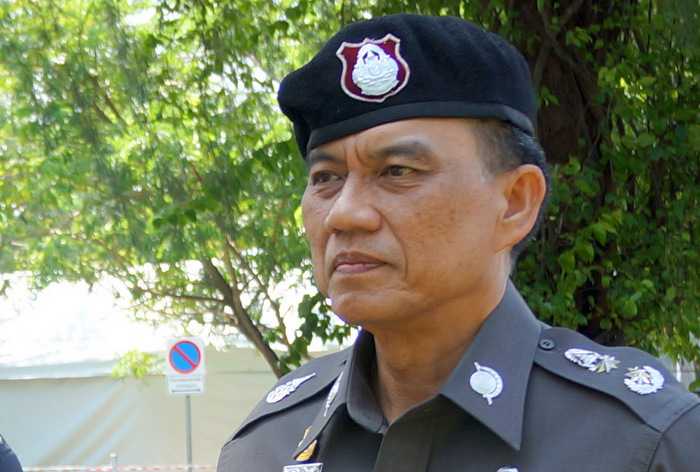 Here, he talks about the duty of police to work hard to protect the people, gain their trust and help build a good image and reputation of safety in Phuket.

PHUKET: I cannot deny that there are a lot of people with negative perceptions of police officers. However, I feel strongly that it is quite easy to change their minds about us. If we do our job well, we will gain people’s trust, rather than eliciting fear.

We cannot just tell people that we are good cops and expect them to believe us. Words cannot do that, but doing our jobs and proving ourselves can. The duty of police is to protect the public, and arrest those who break the law. It is that easy.

When people report crimes, we will act quickly. The result? The people will have trust. They will tell their families and friends about the good things we have done.

On the other hand, if we treat people like our enemy, they will see us as an enemy as well.
We must work hard to gain this trust. We must arrest bad people and always be fair. Meanwhile, we must be open and welcoming to those who want to help us, such as police volunteers for patrols or those who wish to report crimes.

The Karon Police have just launched a campaign that allows victims of crime in Kata and Karon to file reports with police simply by visiting any 7-Eleven convenience store in the area (story here).

I am looking to make that an island-wide service, and not only at 7-Eleven. I want to get other convenience stores involved as well. I have ordered every police station on the island to work
together with stores in their areas on the project. We should know which stores and which jurisdictions have made agreements by the end of the month.

After the stores and police agree to team up, staffers must be trained in how to work with police, and police must be given a direct contact number to the store.

Stickers promoting the service will be posted wherever it is available, so that people know which branches they can turn to for help.

Besides staying ahead of crime and protecting the public, we also need to find a way to resolve the major traffic problems on the island. Since I have taken up my position, I have heard endless complaints about traffic.

There are a lot of cars on the island, which naturally contributes to traffic jams. On top of this, millions of tourists have already passed through Phuket International Airport this year – this is a huge number. We cannot deny that more people means more problems, and more traffic.

We do what we can to solve this problem, including having traffic police out on the street directing traffic flow during rush hours. We think that this makes people feel more secure when they are on the road.

It doesn’t matter how much crime there is or how many accidents occur here. What matters is how quick and efficient we are at getting the job done, taking care of the people and bringing suspects to justice.

We also can’t turn a blind eye to “small” cases. If police only spring to attention when there is a big case, but ignore the not-so-juicy ones – that is a big deal, a big problem. It can totally ruin the image of safety on the island.

If we work to ensure that Phuket is safe, a good image will organically form at the same time. This is why we must aim to make the island’s residents and visitors safe and happy. Doing this will both gain us the trust of the people and result in a good image for Phuket.

Crime happens everywhere in the world. It is up to police to prove their worth, and to fight – and hopefully win – the battle against crime.