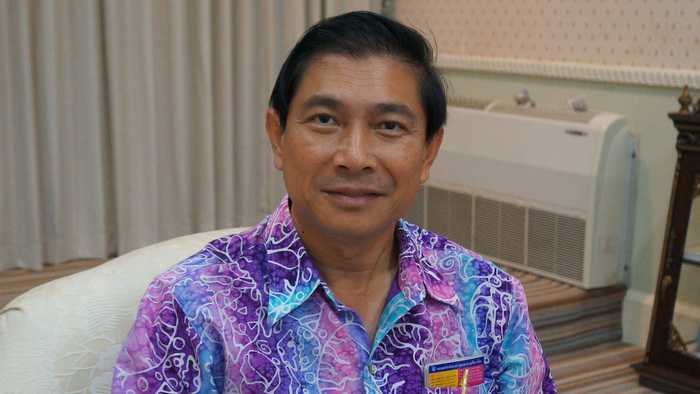 PHUKET: I will leave this island with no regrets about anything I have done as the governor of Phuket.

I have done my best, and am confident that I have brought many people together. I am proud to have been part of so many beneficial projects and events over the past two years.

Phuket is a small, but big city. The island only has several hundred thousand people living here, but it has a big economy and many problems to face.

Phuket welcomes many tourists every year, both Thai and foreign; but with more people come more problems.

This will be one of the greatest challenges the new governor faces.

I hope he will focus on the locals and how he can improve their spirits and behavior from a young age.

I hope that he works to raise Phuket children into successful adults, who can think for themselves and who know better than to get involved in corruption. I hope he trains them to be law-abiding citizens.

The local people must not be forgotten.

I have many dreams for Phuket’s future that I believe would do wonders for the good of the island, its
locals, its residents and the many tourists who come to its shores.

I believe the promotion of Phuket agriculture will help to lessen the gap between the rich and the poor.

Not many people take advantage of the island’s agricultural potential. I think that if more people were encouraged to become farmers, they would realize that they have the opportunity to live a happy and successful life on the land.

My second dream, is to preserve Phuket’s environment so that it will last forever. The promotion of eco-tourism goes hand-in-hand with this.

Phuket has so much to offer the world, from our unique culture to our natural beauty and pristine beaches.

However, as I said before, Phuket has its problems, especially regarding its infrastructure.

One of the biggest issues, as we all know, is the restructuring of taxi services. This is one of the greatest challenges that must be tackled so that the island can move forward.

I would like to see the new governor push many infrastructure projects forward for Phuket people, such as the railway system from Surat Thani to Phuket, the light rail from the airport to Phuket Town, the Patong tunnel and the new underpass at Chalong Circle.

These projects are currently being evaluated and are undergoing feasibility studies. If the projects are pushed forward and completed, they will truly improve Phuket tourism and the island’s economy.

I would love to see more public parks in Phuket Town. Once we open the new Provincial Hall, the current one will be turned into a museum and the land around it made into a public park. I would like this to be the new standard for all government buildings once they are no longer in use. A lot of buildings in Phuket are close to 100 years old, and some are even older. They need to be preserved, like the buildings in Phuket Old Town.

I do not know how much guidance and support I will be able to provide Phuket in the future. However, if I can, I will do my best to support the island.

Since I first arrived, I have gotten to know countless people, and have learned so much. Everything I have learned and everyone I have met and known on the island will be kept close to me as a fond memory. And of course, I will miss Phuket.

Opinion: Hooters or bust? Tourists should be handled more delicately