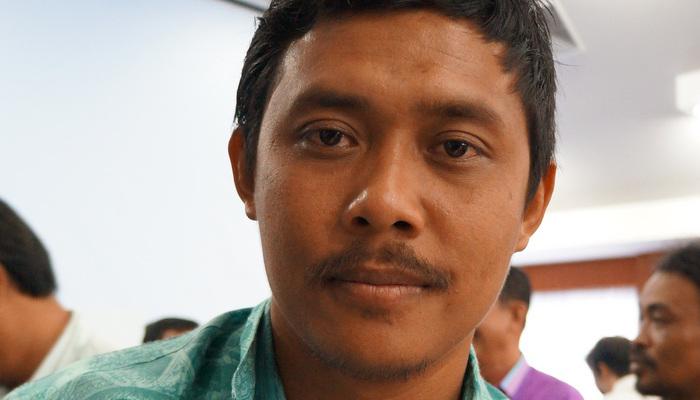 Here, he talks about why he does his job despite assassination attempts, and how he thinks Karon’s problems should be solved.

PHUKET: I’m not afraid to die doing the right thing. People have tried to kill me before, and one time it was very close. But I’m still here. I’ve told my family not to be sorry if I am assassinated, it just means it was my time to go.

I’ve been a leader in Karon for more than 10 years, as Phu Yai Baan (village chief), as council member and then president of the Karon Tambon Administration Organization (OrBorTor), and now as Kamnan. The position I like best is the one I have now, Kamnan. It doesn’t pay big money, but it allows me to be the person that bad guys – corrupt government officials – don’t like. That suits me. I’m clean. Ask me any questions, but make sure you’re ready to answer mine.

I have a real estate business. I build houses and rent out apartments, both in Phuket and in nearby provinces. To be honest, I don’t need to be Kamnan – I could live a comfortable, normal life with my family if I didn’t have this job. But I can’t step down, my sense of responsibility won’t let me. I know Karon needs me. If someone else with the knowledge, vision and courage to stand up against corruption wanted to take my place, I’d say “take it”. But until then, I’ll continue to fight.

Right now the biggest problems Karon faces are black water and lack of water. The solutions are simple. There’s nothing too difficult to fix.

Everyone needs to manage their own wastewater. Those who don’t must be punished. The authorities need to enforce the law strictly. Hotels found breaking the law should be shut down.

To boost our water supplies, we need to build a dam. We have the land for it. I’ve suggested the idea to Karon Municipality officials several times. It seems like they are not listening.

As for another big issue right now, the lease for the Club Med resort, the important thing to keep in mind is that local people are getting nothing. The resort company has been leasing a gorgeous location next to the beach for 30 years, at 150 baht per rai per year. How is that even possible? Leasing a unit to sell fish in a fresh market costs more than that. Is the resort beautiful? Only to those who are getting money from it.

I have a lot of foreign friends. When the black water problems came up this year they called me from overseas to talk about it. I was surprised they knew. They said they read about it in the Phuket Gazette.

This is what I like about the English-language media – it can give local issues international attention, which might push the government to work a bit harder to solve problems. And among the Thais who read an English newspaper, I’d say about 80 per cent are high-ranking officers who have the authority to fix problems.

I was born in Karon; so was my mother. My father is from Kata. My three kids were born here, and my grandchildren and great-grandchildren will surely grow up here. My goal is to preserve Karon for everyone.

What we need is people who are willing to stand up to corrupt officials. We need people to feel that Karon belongs to them, and that they are willing to protect it. If we all felt this way and were united, it would be very hard for people to do bad things here.

I can stay in the office of Kamnan until I’m 60. If I die doing good things for my home and my people, I won’t regret it at all.

Phuket’s transformation: The times, they are a changing