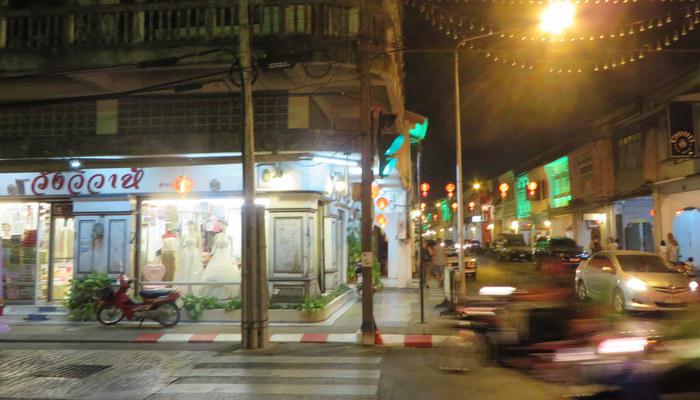 PHUKET: The times are changing, always have and always will – especially in Phuket. Even in the couple of years I’ve been lucky enough to live here, I have witnessed drastic changes all over the island.

One of the most obvious transformations is new structures. Even though I travel around the island frequently, it is shocking how different the skyline looks from one week to the next. Buildings being gutted and refinished, a hotel here, a pool villa there and an endless stream of uninspiring condominiums.

Cranes are constantly sprouting up on the horizon and the number of pick-up trucks filled with workers from Myanmar continue to rumble along – dangerously. Roads get wider and more – increasingly expensive – cars are delivered to fill them. The island has prospered from a continuous influx of vacationers and is barreling headlong into the AEC next year, which could see tourist numbers creep even higher.

With a striving economy comes more people wanting a piece for themselves. I’m always surprised when I ask a Thai where he or she is from and hear the word “Phuket” as people from all parts of the country are represented here. Not to mention the rest of the world, with growing numbers of Russian, Chinese, Japanese.

In its rapid transformation from the “Jungceylon” fishing village of yesteryear, Phuket’s environmental sacrifices have been accompanied by welcome advancements in the quality of life. The province has new hospitals that provide state-of-the-art healthcare, schools for its children and a spectrum of opportunities and industries for all.

But in the eyes of many, the island is pawning off its heritage and character for the promise of a bright economic future. What has been seen as a place with a delicate balance of “first-world amenities with third-world charm” is gradually tipping in the wrong direction.

I worry for the future. It’s getting busy and crowded, with infrastructure and regulations struggling to keep up. It’s difficult to look past immediate gains to the sustainability of tourism.

It is everyone’s responsibility – that means you too, expats – to acknowledge and prioritize the
issues that plague the island, and to not only provide strong support for those working to eliminate problems, but also to hold accountable those who do not.

Crying out for a fair shakedown