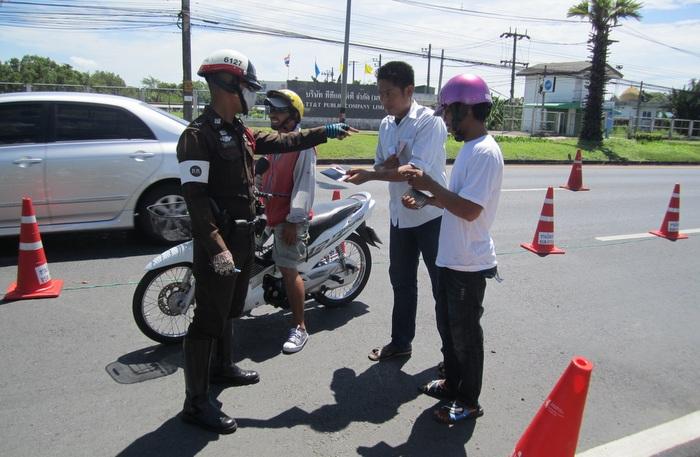 PHUKET: As disheartening as it is to see our hopes of having zero deaths on the roads dashed during the ‘Seven Days of Danger’ road-safety campaign this year, the reality of the situation is that the goal is so unreasonable that officials are simply setting themselves up for failure.

Last year, there was a total of 108 road deaths in Phuket; that’s someone dying every 3.3 days on the island’s roads. So, if the seven days marked for the safety campaign were seven normal days of the year, we would still expect to have two people die. However, as officials know, these are seven of the most dangerous days to be on the roads in Thailand, as drunk driving during the holidays skyrockets.

So what is the value of setting a goal so high? Clearly setting a goal of only two people dying during the campaign seems morbid to say the least. Nonetheless, within just 30 hours of the start of the project, that is exactly what happened.

However, after years of seeing the annual goal obliterated, even the police hardly seem convinced that it is a possibility.

“Though it will be hard to achieve our goal of zero road deaths during this campaign, we will do everything we can to ensure the safety of motorists,” Lt Col Rungrit Rattanapagdee of the Phuket City Traffic Police told the Phuket Gazette this year.

Nonetheless, the heavy publicizing of police checkpoints and genuine increase in the number of people fined for not wearing a helmet, driving without a license or drunk driving, is a godsend.

Even more important than the checkpoints on primary routes such as Thepkrassatri Road – which is paved with numerous road deaths each year – are those established on secondary roads. If police make it impossible to travel to any party destination more than five kilometers away, then motorist will be forced to reconsider how they proceed during this festive season.

Though a campaign such as the Seven Days of Danger, with its depressingly unachievable goal, deserves the full support of expats, locals and tourists, police need to continue to develop a more omnipresent mystique for road safety. They need something that will generate the kind of fear that forces potential drunk drivers to just grab a taxi or a nearby hotel room, or crash on a friend’s couch for the night.