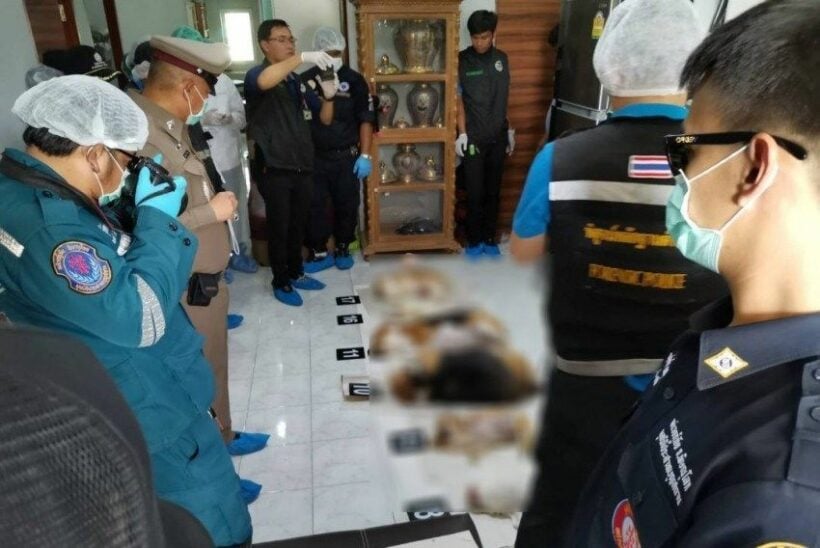 A used car dealer and his entire family in the northern province of Phitsanulok have been found dead, in an apparent mass suicide. Even the family dogs were not spared. The family were found asphyxiated, with a lit charcoal stove in the room. Police were called yesterday after relatives found the bodies. There were five dead people and six dogs in a bedroom, and a still-warm charcoal stove.

Kanthapong reportedly had debts of over 10 million baht. Two notes, dated February 12 and 16, were found in a mobile phone belonging to one of the victims. Police say the notes were about money the family owed in order to remain in business. They had tried everything they could, but to no avail, the notes said. They were “at a deadlock.” 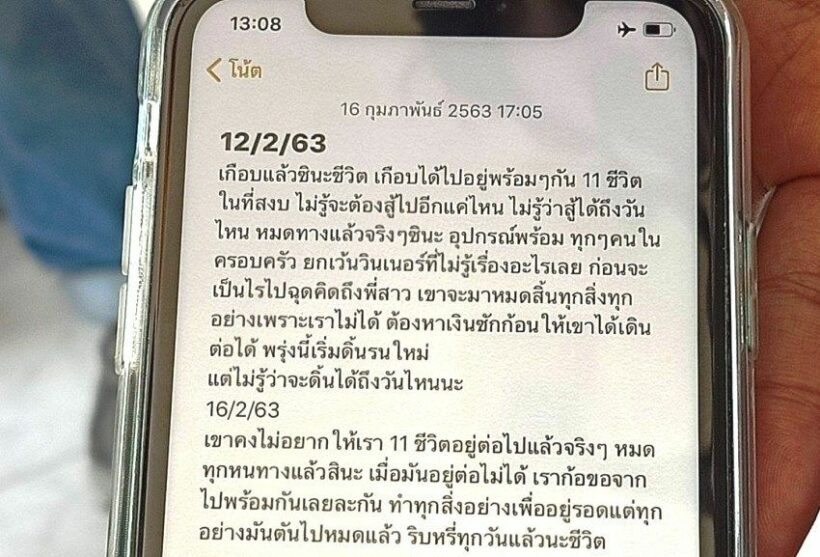 PHOTO: Two notes, dated Feb 12 and 16, were found in a mobile phone belonging to one of the victims of the apparent suicide – Chiang Rai Times

A source says it appeared the five family members took tranquilizer pills and placed the charcoal stove inside the bedroom.

The Bangkok Post reports that a relative told police he had been in contact with the family at around 11pm Wednesday, but had been unable to raise them since.

He became worried and yesterday he and other family members went to the house to find the door locked. He asked his nephew to climb through a window and open the door. All the rooms inside the home were open, except for one bedroom, which was locked. The relative said they forced open the door and found the family and their dogs dead inside. 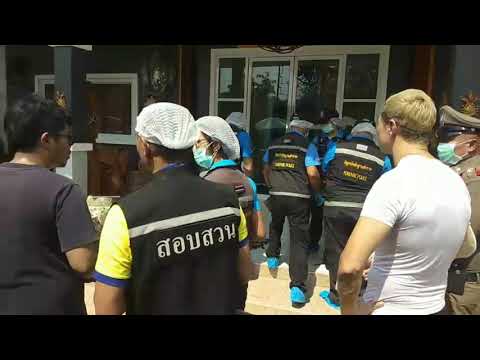