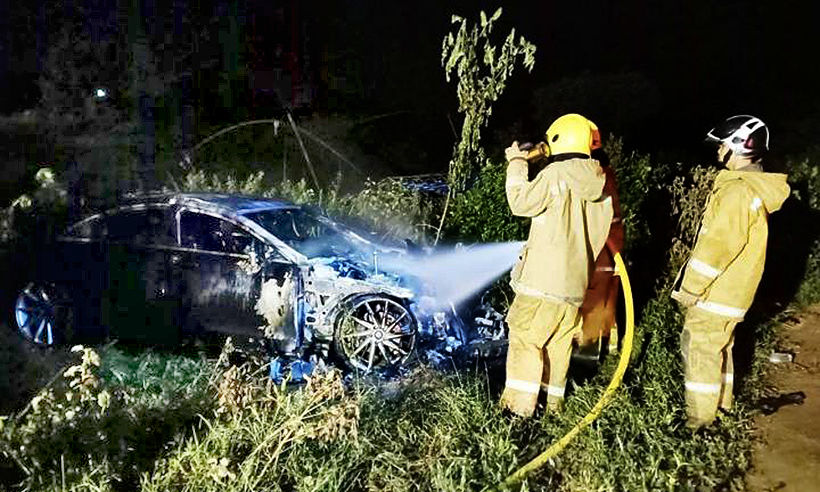 Incinerate the Mercedes Benz that Daddy had gone guarantor.

That’s precisely what Kittisak Kritklao, the son of a property developer in Udon Thani, did after running up a bill of 5,000 baht at the Tawan Daeng Pub. He told staff he didn’t have the money with him and that he’d drive home and get the money from his father.

But Kittisak Kritklao’s Dad refused to give him the cash, so Kittisak drove off in a huff, hit a bridge on the Ban Leuam to Na Sai Road, ended up in a paddock, doused the car in petrol and set it ablaze.

Thai Rath reports the the car was a black 2012 CLS 250 CDI Mercedes Benz. The front of the car was completely destroyed whilst the back of the car appears untouched. The car was on hire purchase and is owned by a bank.

Police and fire services put out the fire and were met by the father, a property developer La-iat Kritklao who refused to speak to reporters.

Udon Thani police say the father told them that his son was suffering from mental illness and “liked to make trouble”. The police plan on interviewing Kittisak, known as “Sia Toom Tam, when he recovers from his “big night out’. 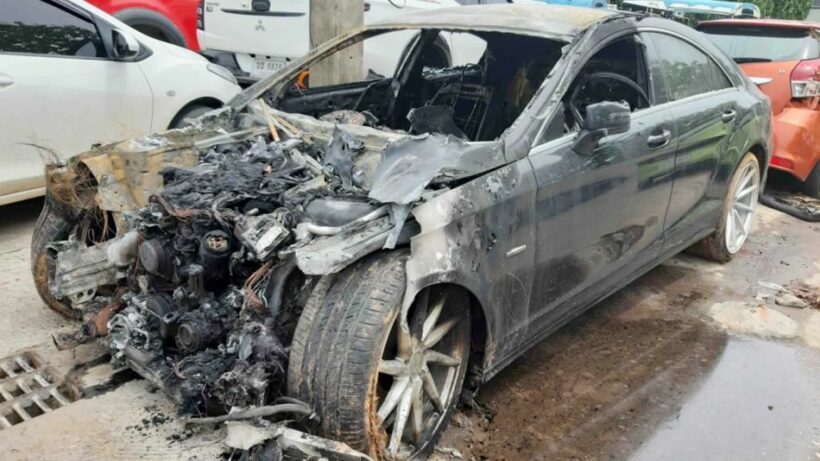 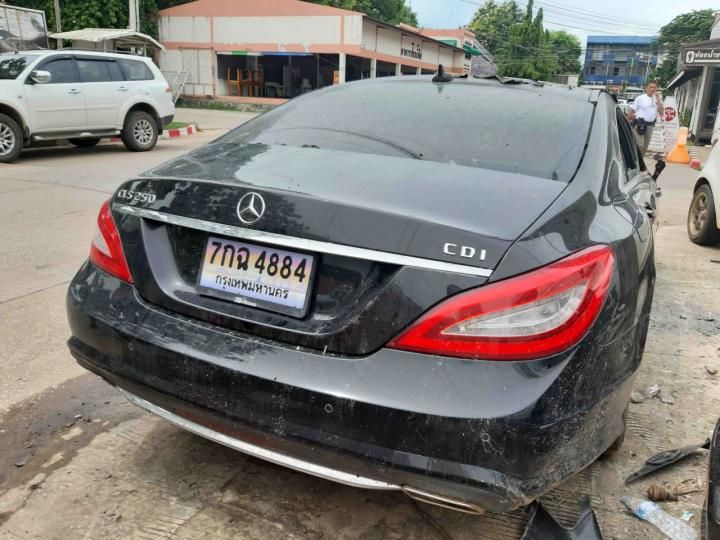