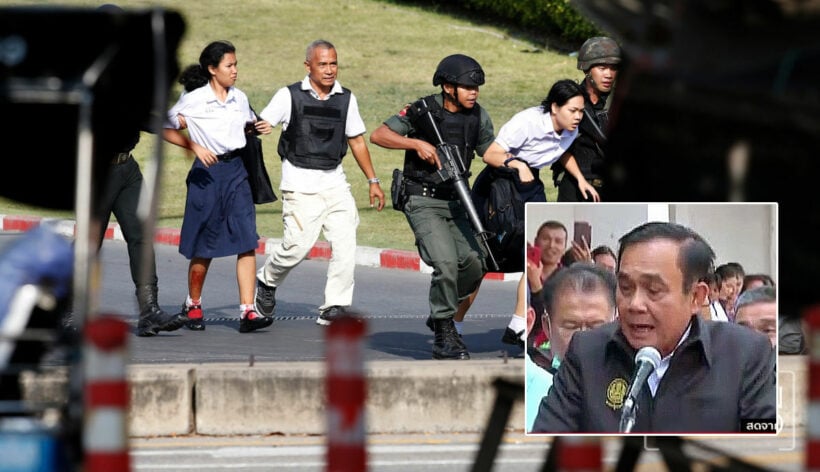 “He was able to broadcast, unhindered, for nearly 5 hours before his stream was eventually taken down.”

30 people are now confirmed dead (including the gunman) as a result of Saturday’s Korat massacre, 57 people were injured. Thailand’s Prime Minister General Prayut Cha-o-cha listed the sad toll when facing the media yesterday. He also ordered a review of security measures at the the country’s military armouries but fell short of mentioning tighter gun controls in the Kingdom.

“All I can say is if we had fully followed the standard security procedure, we would have been able to mitigate the degree of violence in this incident.”

Meanwhile, the Thai army chief General Apirat Kongsompong believed a key mistake that may have led to the weapons being stolen was that Jakrapanth (the gunman) “knew the people at the armoury very well and they would have not have expected untoward behaviour from him”.

General Apirat said all army units must urgently adopt stricter security measures including that the bolt carriers of the guns in guard post armouries are removed and kept separately by the chief of the guard post.

PM Prayut met the media at the Maharat Nakhon Ratchasima Hospital. Bringing the situation up to date, he said that 32 people were critically injured and eight had to undergo surgery. ThePM said that such an incident had never happened and he hoped it would never happen again.

He noted that the public sector must learn from the tragedy how to handle similar situations in the future. Prayut said that the government was shocked by the event… “but it was ready to provide mental and financial support to the families of the victims”.

He expressed his gratitude to people who had donated blood… “exemplifying the unity of the country when all sections of society collaborate”.

Discussing possible motives for the gunman’s seemingly spontaneous rampage, the PM said the suspect, a 32 year old soldier, was involved in the brokerage business with his commanding officer and they had a “conflict”.

Earlier reports had suggested that they were involved in a property brokerage business together, which reportedly led to an argument. resulting in the shooter killing his commander and going on a shooting spree on his way to, and inside, the Terminal 21 shopping centre in Korat.

The gunman, himself, posted on his Facebook page (since removed), denouncing “greedy people who took advantage of others”.

“Do they think they can spend the money in hell?”

The 32 year old, dressed in full military fatigue, broadcast much of his killing spree on a livestream as well as posting frequent updates charting the attack from the army barracks, to a temple and then to Terminal 21 in downtown Korat. He was able to broadcast, unhindered, for nearly 5 hours before his stream was eventually taken down.

The PM again warned the media against reporting news in a way that would “aggravate an already divided society”, by making references to political conflicts between conservatives and liberal camps.