A hospital doctor has thanked social media users who prayed for a 3 year old girl and her father, both of whom were infected with Covid-19. Nation Thailand reports that Anuchit Niyompattama, a pulmonary and critical care specialist in the northeastern province of Nakhon Ratchasima, posted a moving photo of the child caring for her father. The girl had drawn a picture with the words, “I will keep you company, Dad.”

The child’s father was seriously ill with the virus at the time and intubated in the hospital’s intensive care unit. A photo the doctor posted of the man’s daughter keeping him company went viral and moved countless netizens to express well-wishes for the man and his daughter. Yesterday, Anuchit confirmed that both patients have recovered from the virus and are ready to go home. 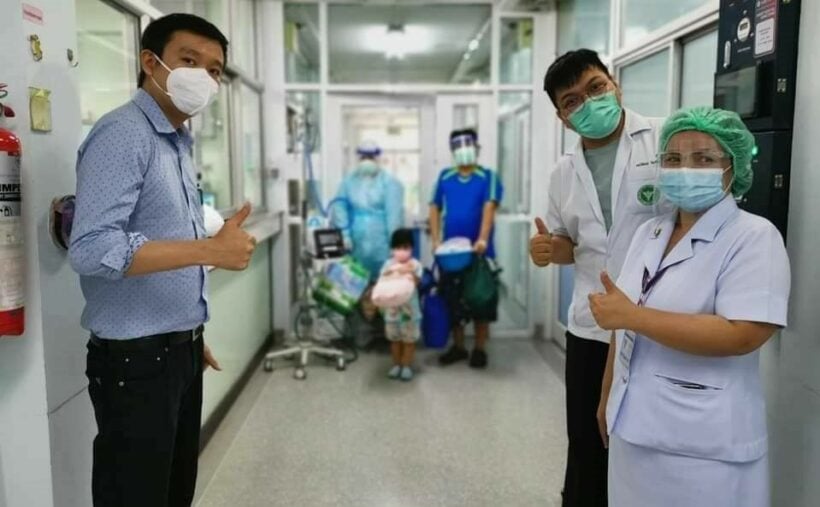 “After many people have sent messages of concern and support, I would like to announce that they are now in a better condition and are allowed to go home. The father’s lungs, which had developed white spots, are almost fully recovered. The daughter is playfully healthy, and they have both received permission to leave the hospital and isolate at home for 14 days. I would like to thank you for all the support.”

Sadly, it’s not all good news as the child’s mother, who also contracted Covid-19, has had to be transferred to a hospital in Bangkok for ongoing treatment.

riclag
Heart wrenching! Get well soon dad
vlad
I hope the Covid deniers on here take a look at this photo and and take it in.
Col
What a young lady !!! Amazing ..