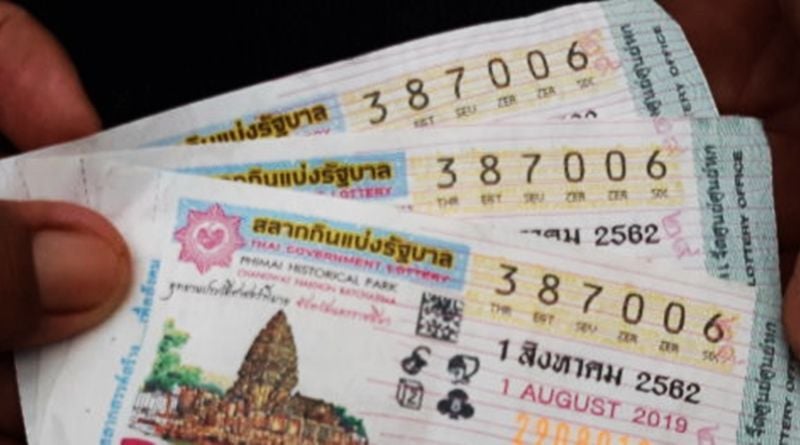 A market vendor in Trat province is returning home to “honour a promise to her late mother” after winning a 6 million baht first prize in the country’s state bi-monthly lottery draw (drawn on the 1st and 16th of each month).  49 year old Metta Pomchaiya went home to Sakon Nakhon during the country’s Covid-19 lockdown phase to make merit to her late mother.  It is there that she promised her spirit that if she ever won the lottery, she would return home and be a market vendor there.

For now, she and her husband, Prasong Sangthim, have filed their winning ticket with the Nongbon police on October 1, after the last 2 numbers of her ticket matched in the lotto draw. She is said to be finally returning home to the northeastern province to make a living and settle there. The husband and wife team were working at the local market in Trat Province before.

Another winner was a man who purchased the last lottery ticket from a local vendor. Somjai Srihabut 40 years old from Nong Bua Lamphu Province is a backhoe driver and won one of of the 6 million baht first prizes. The winner revealed he was looking for a ticket with the number 59 but the winning numbers of 837893 was all the ticket vendor had available.  His family went with him to file their ticket with the Nong Bua Lamphu City Police Station.

Somjai revealed he had to calm down before reporting his ticket to the police. He had won the lottery 4 times in a row but this is his biggest win yet.