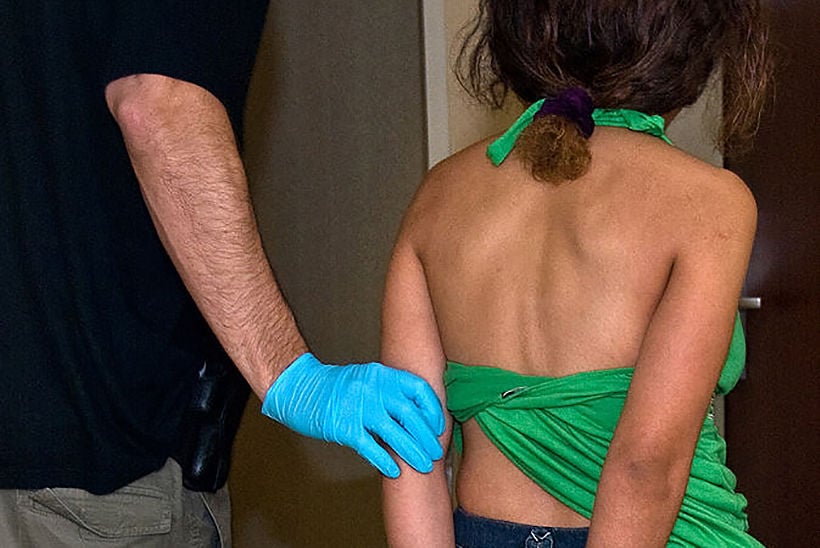 A 69 year old Japanese businessman has been arrested by police in Khon Kaen for allegedly having sex with at least three teenagers, multiple times. The teenagers were aged under 18 years of age.

The Khon Kaen Immigration Bureau reported that that “Kazuo” (full name withheld) was arrested at a hotel in the province on Tuesday.

The Nation reports that police also arrested two Thai men for allegedly offering the three teenagers to the Japanese man. The two suspects were identified only as 57 year old “Phirapong and 54 year old “Sayumphoo”.

The three were arrested when the Thai man was allegedly delivering a 17 year old girl, “C”, to the Japanese man at the hotel.

Setthaphat say the Immigration division planned the arrest in coordination with Ban Phai Police Station in Muang district. The Ban Phai police had learned that the Japanese man came to a hotel in Khon Kaen several times to “buy sex” from underage Thai girls.

The police station conducted an investigation and found out that Phirapong allegedly brought the girls to the Japanese man. Police later located two girls, who allegedly had sex with Kazuo. They were identified as “A”, aged 16, and “B”, 15.
“B” told police that she had sex with Kazuo for the first time in the middle of 2018 and she had sold sex to the man five times until April this year. Each time she was paid 10,000 baht, but half of the money was taken by Phirapong. “A” said she sold sex to Kazuo in May this year at the same rate.

After the two girls identified pictures of Kazuo and Phirapong, police obtained arrest warrants for them.

Immigration police found out that Kazuo had visited Thailand 15 times last year and 15 times this year. He runs a hotel business in Japan, police said.

Fishermen stranded at sea off Somalia returning to Thailand