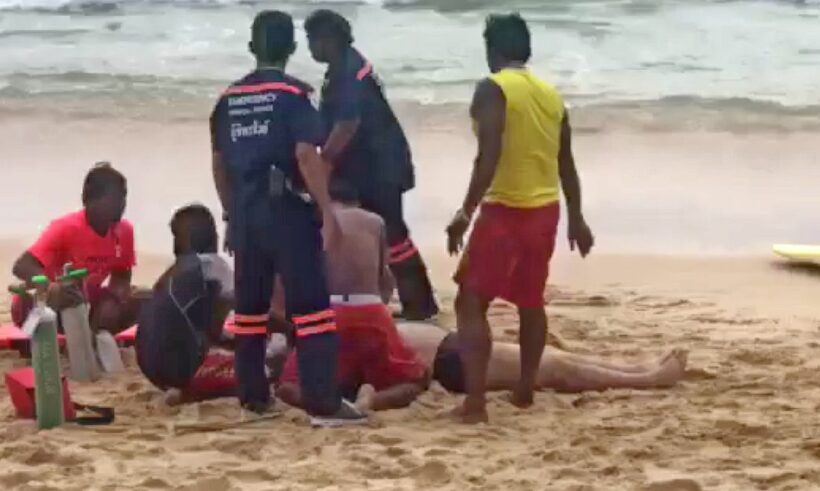 An un-named Chinese man has drowned today whilst swimming at Nai Harn Beach. He was dragged back onto the beach after being rescued by an on-duty guard with a surfboard around 4.30pm this afternoon.

The beach had red and yellow flags along the shore where the man was swimming meaning that there were lifeguards on duty.

The man was visiting the beach with his wife this afternoon when he got into difficulty and was brought ashore by lifeguards. Lifeguards tried to apply CPR before medics arrived. But they were unable to resuscitate the man.

A beachgoer, who filmed the incident, told The Thaiger that there was a jet ski available at the guard tower but was not used to fetch the man as soon as he was sighted.

Waves were up to 1 metre, maybe a bit more, but conditions were said to be OK for people that could swim.

Video supplied, with thanks, from a beachgoer. Some viewers may find it distressing and are advised not to watch.