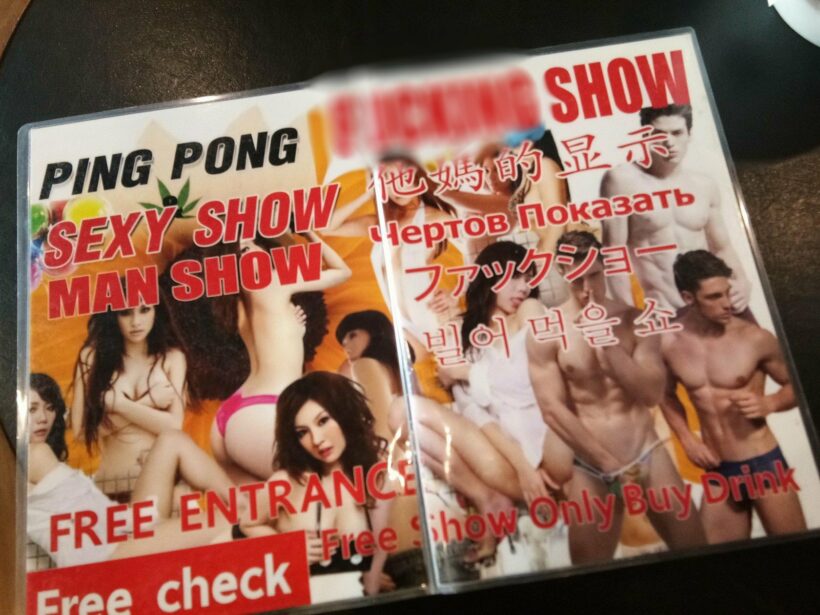 Pol Col Akanit Danpitaksat has revealed recent checks in Soi Bangla after receiving a report about a sex show at an entertainment venue. However, police couldn’t find any evidence of a sex show despite checking the venues for a few nights.

He explained that the Anti-human trafficking Police went to check the place and it was open normally with tourists drinking inside. The police team didn’t find the sex show as reported. However, the bar was charged for opening late and selling alcoholic beverages without a permit.

“This check also comes from the ongoing crack-downs on human trafficking. From now, police will strictly check the entertainment venues across the island for trafficking as well as other crimes,” he said.

Read our report about the evolution of sex shows in Soi Bangla HERE.