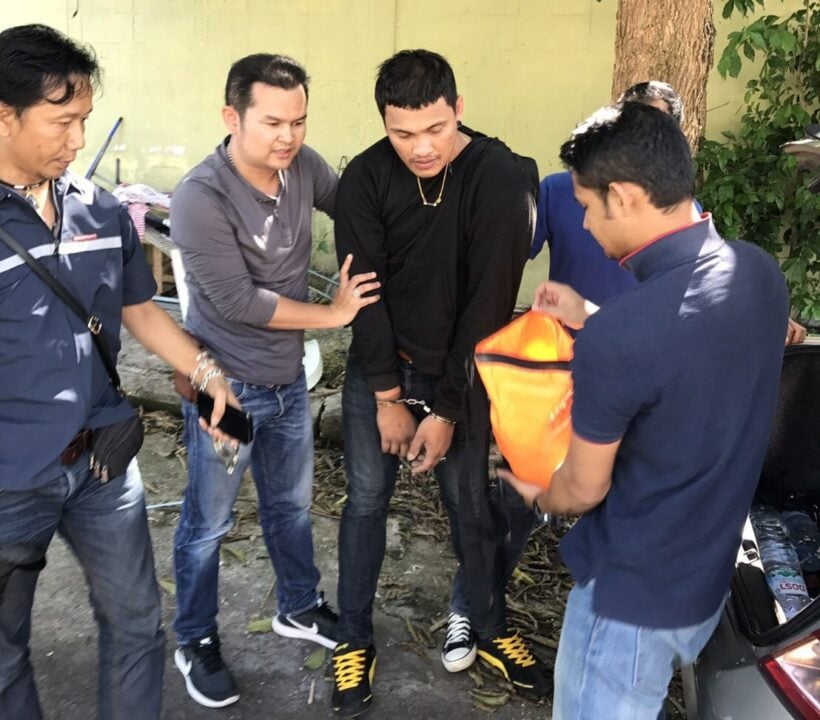 Phuket police have held a press conference to reveal a drug network which included the arrest of one man and seizure of 1.39 kilograms of methamphetamine, worth 5 million Baht. Police allege the drugs belong to a ‘big drug dealer’, 26 year old Nakarin Chaweewongprateep.

The police initially arrested 49 year old Suth Saekang in Rawai with 307 amphetamine pills and a gun on January 31. After questioning him, police uncovered his business relationship with Nakarin.

Nakarin has been arrested once already for possessing a gun without a permit.

At 1pm on January 31, police received a report from undercover officer stating that Nakarin had a large quantity of methamphetamine in his car.

Police observed him walking to the back of the vehicle and grabbing an orange waterproof bag where police later found 14 smaller bags of methamphetamine, weighting 1.39 kilograms. 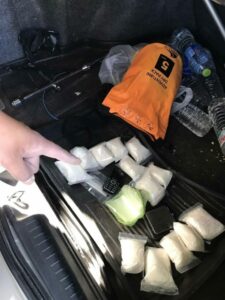 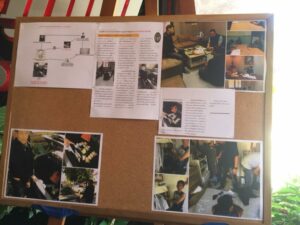 Police say that he’s confessed that the drug belongs to him, which he took from another man via an anonymous person from the drug dealer network. The anonymous man would leave a card box on the side road with the drugs inside and when the drugs were picked up he would transfer money to the account of the man who sold them to him.

He says that he received 300 Baht per gram for commission.

The value of the belongings as well as drugs from the two, including 1.39 grams of methamphetamine, 307 amphetamine pills, one Samsung Hero mobile phone, one VIVO mobile phone, a Yamaha motorcycle, a Honda City car, are worth 5 million Baht in total. 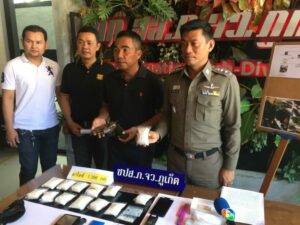 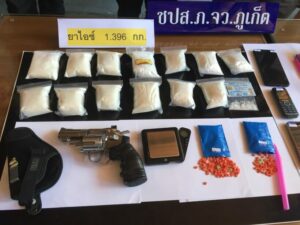