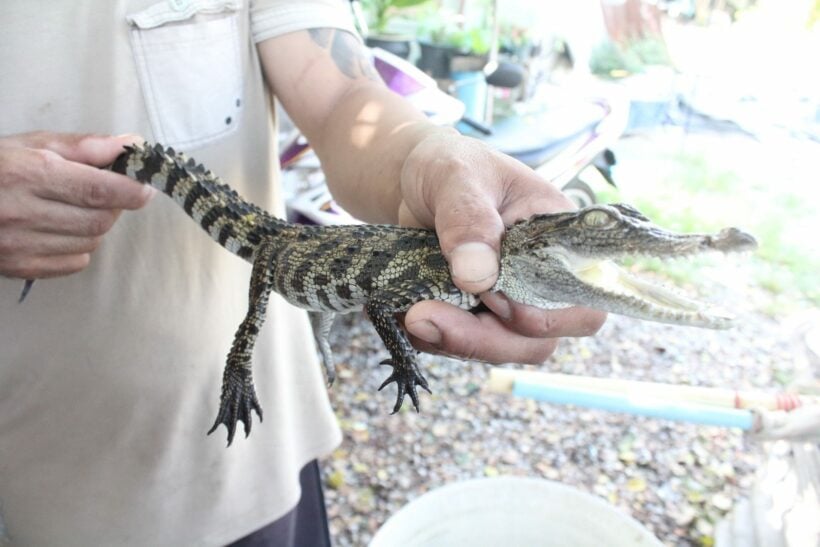 A baby crocodile has been found at an old mine in Chalong yesterday (February 1) by local fishermen. Specialists say the reptile appears to be about 1 year old.

The two men who found the crocodile, Suchatee Anoma and Pansak Chantawang, say that they were catching fish at the old mine in Soi Nakok and spotted a baby crocodile on an isle in the mine. They used a fishing rod to capture the crocodile from where they were and managed to get it after 30 minutes.

The bought the young crocodile into their house, found a bucket big enough and contacted Fisheries and Wildlife department officials. The baby is about 50 cm long and is healthy. 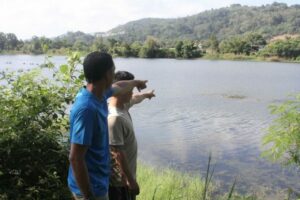 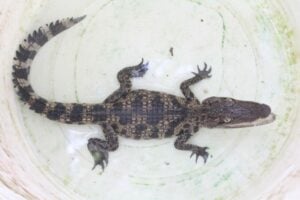 “I have been fishing at this mine for 7 years and I’ve never seen any crocodiles before. However, my friend says he spotted a crocodile at an old mine before but I’m not sure if it’s the same one,” said Suchatree.

He said that he has already contacted the Fisheries Office to come and check the mine to see if there were more crocodiles as the local people in the area are very scared; the mine being their fishing place with lots of locals and kids swimming in there and walking around.

A crocodile specialist told Phuket Gazette that the crocodile looks about one year old and possibly illegally released into the mine by someone who grew it. They say that a baby crocodile in nature wouldn’t survive without its parents and the locals would have likely seen the mother or the father earlier. 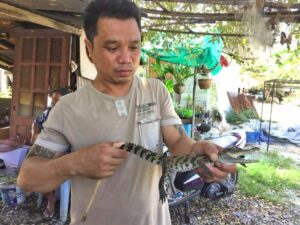 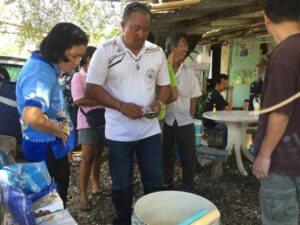 Singaporean crashes into the Heroines Monument