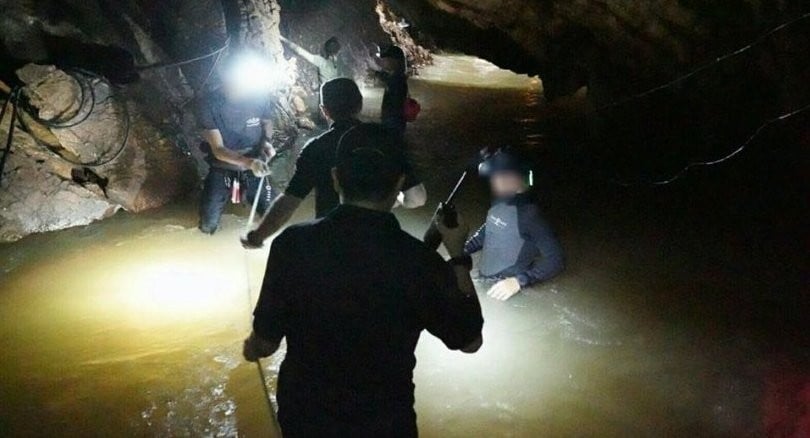 A SEAL unit of the Royal Thai Navy has reportedly reached a spot inside the Tham Luang, closer to where the stranded 13 are believed to be taking refuge. The search for the 12 young football players and their coach trapped in the Chiang Rai caves enters the second week today.

A report on the Thai Navy SEAL webpage reports that the unit arrived late this morning at an area known as the 3rd chamber, which is about 2.5 kilometres from the so-called Pattaya Beach where the 13 people are believed to be stranded. It’s the second time that a rescue team has made it to this point.

Earlier on June 25, the first SEAL team arrived at the 3rd chamber where footprints of the footballers were found. But at the time, the chamber was five metres under water. It’s been concluded that the 13 would have had to have moved deeper inside the cave.

Today the water level in the chamber has receded to an extent where it has allowed the rescue team to plan to continue their probe.

Outside the caves an exercise was held simulating the evacuation of survivors. The Chiang Rai Governor noted that they had hit a few glitches which have now been ironed out so, when they really need to get to the hospitals quickly, the best situations had been worked out. The Governor cited problems with the traffic flow which hampered ambulances transporting patients out of the area. 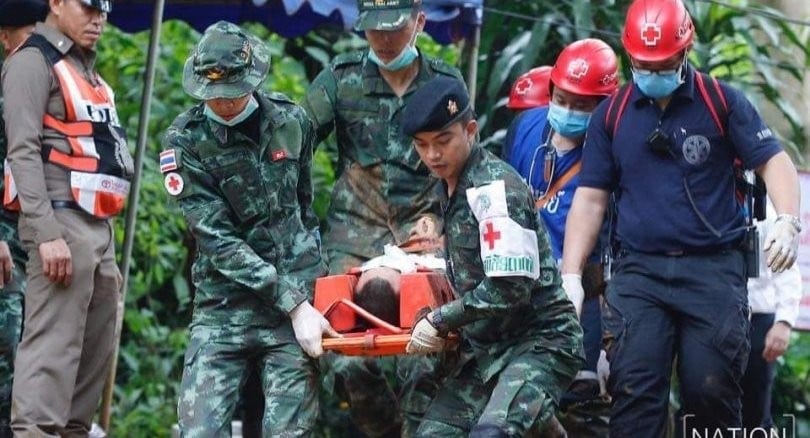