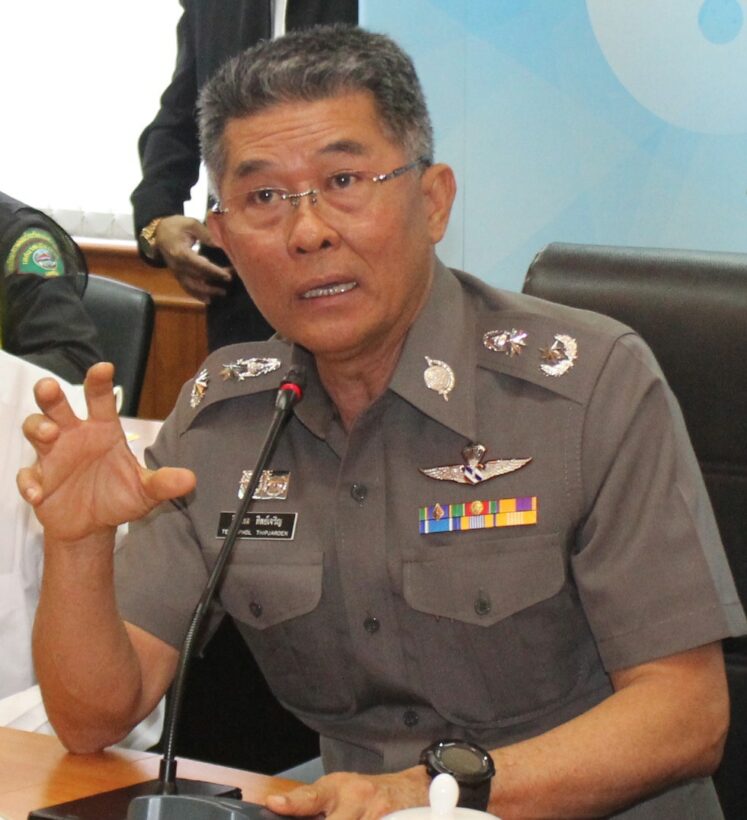 Phuket Police, the Land Transport Office and Highways Department have met for an emergency conference to discuss possible solutions to help prevent more bus accidents on the notorious stretch of road leading into the island’s most popular tourist town.

The meeting concluded that the first priority is to limit access for buses and large vehicles that have been the main cause of accidents. The meeting also noted that most of the accidents happen in the evenings, especially around sunset when the setting sun was right in the eyes of people driving down the hill.

The first solution, that the Governor says will be fully enforced, relates to a previous regulation prohibiting buses travelling over Patong Hill between 4pm and 8pm. This has now been extended an additional three hours up to 11pm at night. So buses will not be allowed to drive up the hill, in either direction, between 4pm and 11pm, on any day. Officials say the new restrictions will be activated within a week.

Concerns remain if the bus companies will modify their transporting arrangements from coastal locations such as Karon and through Kamala to avoid Patong Hill and the impact that will have on the coastal roads. The Governor says there will be 15 day period of experimentation with the new restrictions over Patong Hill and if the results prove satisfactory there is a possibility that officials may also enforce the same restrictions on the road from Surin through Kamala as well as across Kata Hill.

The Land Transport Office are also saying there will be discussions with bus companies about changing the size of transport vehicles, including buses, over Patong Hill in the future, encouraging them to plan for smaller and newer buses and vans. Transport and bus companies largely agreed with the suggestions to upgrade their vehicles but say it will take some time to change and they will need to consider the costs associated with the upgrades.