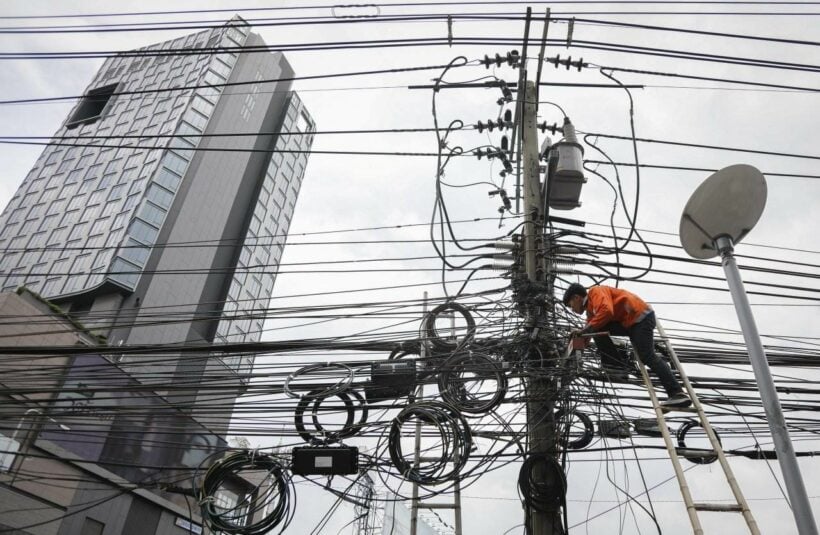 Last year PM Prayut Chan-o-cha declared war on Thailand’s overhead electric cabling signalling provincial governments to get their overhead house in order. The clean up has been complicated by the many services that run their systems overhead – cable TV, electricity suppliers, internet and telecom providers.

Now the Nation Broadcasting and Telecommunication Commission (NBTC) has been tasked to co-ordinate and tidy up electrical wiring around Chiang Mai.

On June 6, the Director General of the The Nation Broadcasting and Telecommunication Commission, Chiang Mai Office, Monchai Na Lampoon, signalled the start the project on Mahidol Road near the airport intersection where authorities have received complaints from resident about the untidy wires.

The Chiang Mai NBTC office will co-ordinate overhead wiring clean ups in over 140 locations across the city.