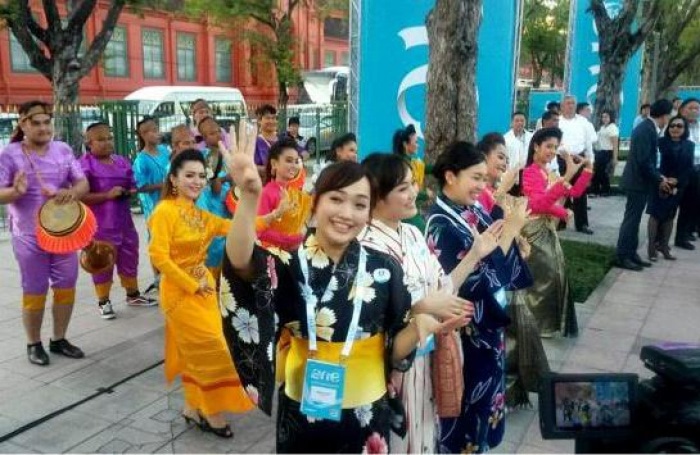 BANGKOK: The ‘One Young World Summit 2015’ kicked off at Sanam Luang in Bangkok on Wednesday.

About 1,300 delegates from 196 countries are participating in the event, which brings together young leaders from all over the world to discuss critical global issues.

Participants were warmly welcomed on a flotilla of boats and then taken to the venue located on the Chao Phraya River. The opening ceremony included music and stage performances to display Thailand’s diverse culture.

During the next few days, these young people will put their heads together to mull over world issues, guided by prominent world leaders attending the summit as youth counselors. These include Kofi Annan, former UN secretary-general; Bob Geldof, Irish singer and political activist; Muhammad Yunus, founder of Grameen Bank; and Paul Polman, chief executive officer of Unilever.

Kate Robertson, founder of One Young World, said she chose to hold the summit in Bangkok because it was a vibrant capital with a great diversity of races, religions and cultures.

“Thailand is the most prominent city in terms of social activities that would suit One Young World’s philosophy,” Ms Robertson said.

He added that this year was the best time to hold the summit as the Asean economic community was about to be established.

“The inspiration derived from this summit will help bring about solutions to problems faced by the world,” Governor Sukhumbhand said.

Over 600,000 riders registered for Bike for Dad