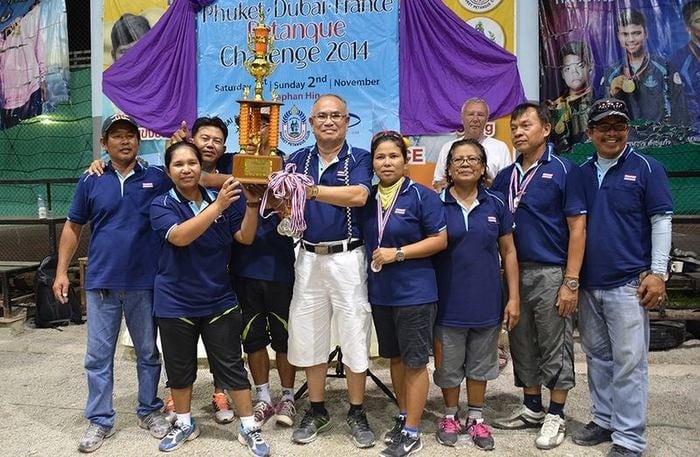 PHUKET: Dubai Petanque is back in Phuket to take on three Thailand-based teams in a four-way tournament this weekend.

Each club will play five sets against each of their three opponents during the November 21-22 tournament. The club with the biggest number of victories will win the challenge.

This year the event will take place at the Rawai Petanque Club, located near the Christian Blue Residence, about 12 kilometers from Phuket Town.

“Phuket offers a lot of tournaments with various clubs,” said Marc Molatte, president of Dubai Petanque. “You can play every day in Phuket. Most of the players are Thai and French and play to an extremely high standard.”

The Dubai-Phuket Challenge first took place in 2013 and has now become an annual event.

Fishermen ready to get PIST