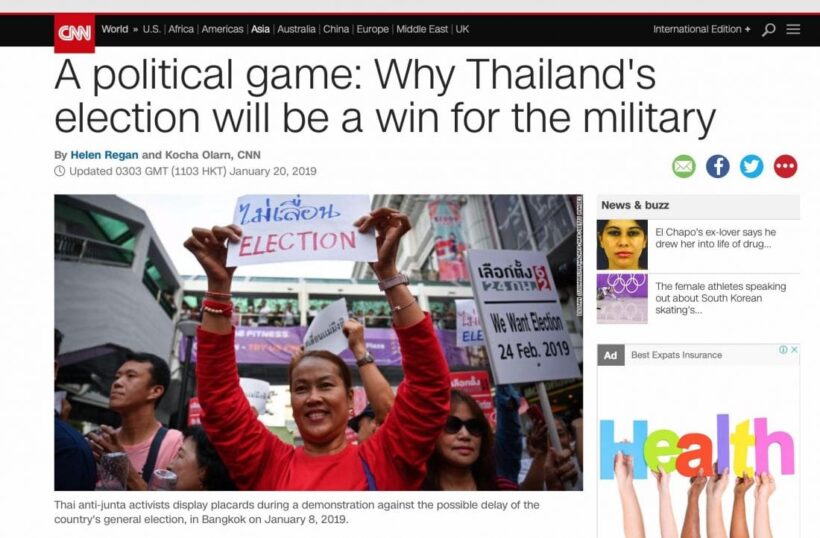 “When Thailand officials hinted that scheduled elections to end military rule would be postponed for the fifth time in almost as many years, anger and frustration rippled through the country.”

The story of Thailand’s election stumbles and rumbles is making headlines around the world, especially since the February 24 election date, mooted as THE date for most of 2018, has now been scuppered and a Royal Decree announcing a date is nowhere in sight. This is some of the CNN report….

“The hashtag #delaymyass has trended on Thai Twitter in recent weeks, with a series of small but significant protests also taking place – a poignant show of opposition during a period in which free speech advocates have been prosecuted and face years in prison.

“The junta are playing a game,” Netiwit Chotiphatphaisal, a 21-year-old student activist told CNN. “If the election is a trick on the people, Thais will march and not accept it.”

While public outrage has not reached levels seen before the coup in 2014, violent street protests between rival political factions have been common in recent years.

Mass violent confrontations in 2010 paralyzed the capital Bangkok and an ensuing military crackdown killed 90 people and injured more than 2,000.

Elections will be the first official poll the country has seen in eight years and are widely considered to be a vote between a form of democracy and legitimized authoritarian rule.”

Read the rest of CNNs report on the Thai election HERE.