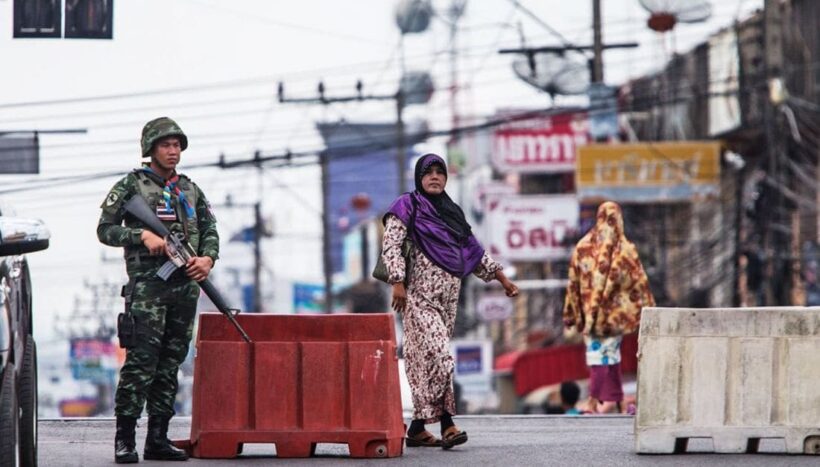 Thailand’s southern insurgency, a long, protracted border and religious ‘war’, continues to rage with recent attacks getting more attention. This is partly due to the new targets with local schools getting caught in cross-fire and last Friday night’s killing of a temple abbot and another monk during prayers. The international media is now starting to provide greater coverage of one of the least-covered conflicts in the world.

“In the latest of a series of fatal attacks in Thailand’s southernmost provinces, a group of assault rifle-wielding attackers on Friday stormed a Buddhist temple, killing two monks and wounding two others.

The evening assault took place at Wat Rattananupab temple in Su Ngai Padi district of Narathiwat province, an area located in the heart of Thailand’s deep south where ethnic Malay separatists have been waging an armed campaign for independence for decades.

According to local reports, the attacker rolled up on motorcycles spraying the entrance to the temple before sprinting inside to target the Buddhist monks up close.

Among those killed was the temple’s abbot, Sawang Vethmaha, also known as Phra Khru Prachote.”

Read the rest of the Al Jazeera article HERE.