Thai Airways is expanding its fleet by three this month despite going through an ongoing debt restructuring process. The airline is in the process of selling 45 unused jets, yet they are leasing three Boeing 777-300ER aircraft this month. Two 777-300ERs, adorned with Thai Airways paint jobs, landed at Bangkok’s Suvarnabhumi airport on April 5 and another is expected to arrive later this month.

The aircraft will reportedly first be deployed on the airline’s Bangkok – London route and will later serve other long-haul flights. Thai Airways will pay the lessor a monthly rate that will further be negotiated to meet the company’s financial rehabilitation process. Costs will be calculated based on how many hours the aircraft will be used.

Thai Airways already has 16 of the Boeing 777-300ER (Extended Range) aircraft in its fleet, as well as a fleet of recent Airbus A350 aircraft that also serve the international long-range market with a twin-aisle plane and 300+ seats. 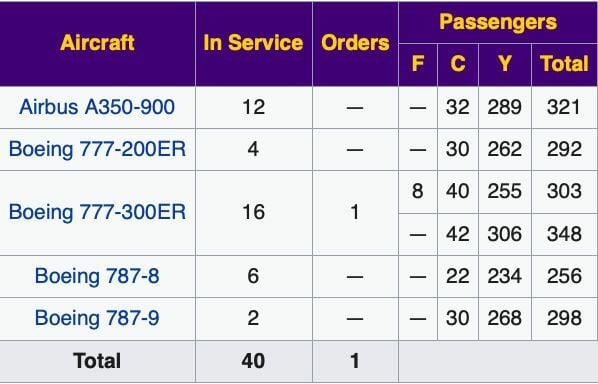 In 2021, the cash-strapped airline announced plans to sell 45 planes, leaving them with just 58 aircraft, and cut nearly a third of its workforce to save money. Since the Bankruptcy Court approved the airline’s application for debt restructuring in 2020, the airline has attempted to generate cash by opening an aeroplane food cafe, selling old aircraft seats on Facebook live, selling in-flight items on their online yard-sale style shop and offering flight simulator sessions.

(Perhaps the airline can pay for its new Boeing 777 leases with the 1 million baht it raised from selling unused aircraft seats in an auction last week??)

The choice to lease three new aircraft is a puzzling one… The Thaiger isn’t sure the airline really needs the aircraft. The Bangkok Post reported that the aircraft will be used “to meet the growing demand for flights” since more tourists are flying into Thailand after the recent ease in entry requirements. The same article also quotes the large number of planes currently being sold, surplus to requirements.

The airline is hardly swamped with customers as total traffic (measured in revenue passenger kilometres) is still down 45.5% since February 2019. Also, there are currently plenty of parked up Thai Airways jets gathering dust at Suvarnabhumi airport. (The Thaiger estimates the number of parked, unused Thai Airways planes to be around 23-30 this week and does a ‘head count’ of the Thai Airways ‘graveyard’ twice a week.)

Flights into Thailand, as of the first week of April, are 80-90% down when compared with pre-2020 traffic.

Unless there is something special about these new-ish Boeing 777-300ERs being leased?

Well, Thai’s previous Boeing 777s have featured a business class cabin, but never a first class cabin. As well as state-of-the-art entertainment systems, the three leased aircraft are each equipped with eight seats in first class.

CamPat
I dare to say that Germany's Lufthansa ordered several Boeing 787 Dreamliners eventhough there are serious Quality Issues in Manufacturing leaving the delivery date wide open. Boeing really has problems: Today's news show that a Boeing 757 DHL Cargo plane…
Backintheday
Who will be traveling 1st Class? That plane is going to be a shopping trolley for government ‘officials’ and their wives/girlfriends … why lease three planes? The deal was too good to refuse.
NorskTiger
If it's Boeing, I'm not going.
Pompies
Interesting that they are the only models with First Class! Guess where they will fly.

King Cotton
As Thaiger News asked . . . Why would a financially troubled airline, technically bankrupt, lease three new expensive aircraft when it’s selling off ‘excess’ fleet, apparently no longer needed? You tell me, since I'm suspiciously sure that any airline-savvy…