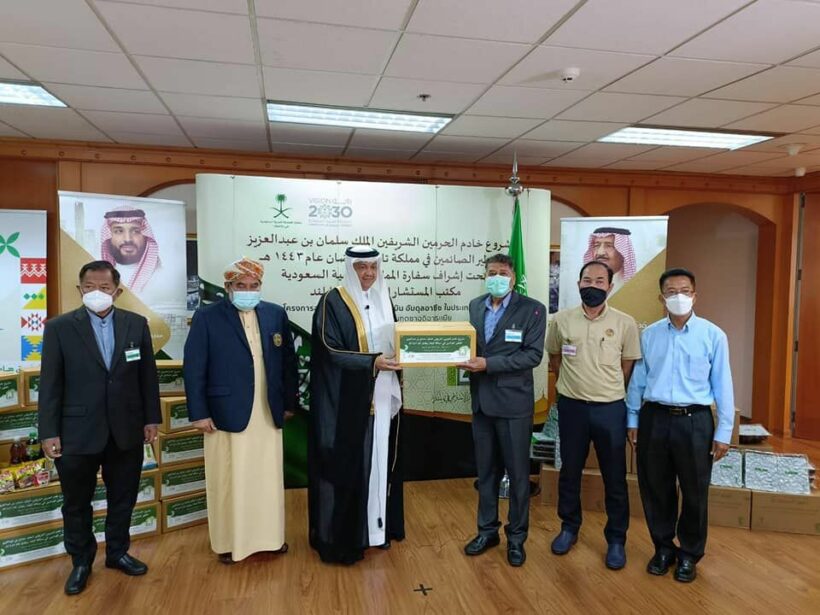 The King of Saudi Arabia has bestowed 7 tonnes of dates and gift boxes to Thai Muslims who are fasting during the holy month of Ramadan from April 2 – May 1. King Salman bin Abdulaziz Al Saud’s gift of 3,000 boxes of dates will be distributed to Muslim communities in Thailand to eat at iftar, which is the meal Muslims eat to break their fast after the sun sets every day this month. The gift honours the recent restoration of diplomatic ties between Thailand and Saudi Arabia after a 30 year hiatus.

On April 5, Essam Saleh H. Algetale, who is the charge d’Affaires of the Royal Embassy of Saudi Arabia to the Kingdom of Thailand, presided over the gift handover at the Saudi Arabian Embassy in Bangkok. The ceremony was attended by representatives from the Ministry of Islamic Affairs, Chulalongkorn University, the Central Islamic Council of Thailand and the Islamic Centre of Thailand.

After a 30 year suspension of formal ties, Saudi Arabia and Thailand have recently started to repair their relationship. In January, Thailand’s Prime Minister PM Prayut Chan-o-cha went on a diplomatic mission to Riyadh upon invitation from a Saudi prince, marking the first visit by a Thai official to the kingdom in three decades.

The recent conciliation between the two countries is hoped to benefit labour, trade, and investment for both Thailand and Saudi Arabia.

longwood50
26 minutes ago, Thaiger said: The King of Saudi Arabia has bestowed 7 tonnes of dates
Prosaap
Beter check them for bombs and weapons

Noble_Design
Sigh... why must every thread has some racist and prejudice undertones 😢
kalyan
i see a lot of muslim in the facebook starts selling dates past few days, are they the recipients of the dates and they are selling them !
Fanta
Maybe the Saudi government has been reading TAT’s glowing predictions for incoming Saudi tourist numbers and gifted the dates as a subtle hint?