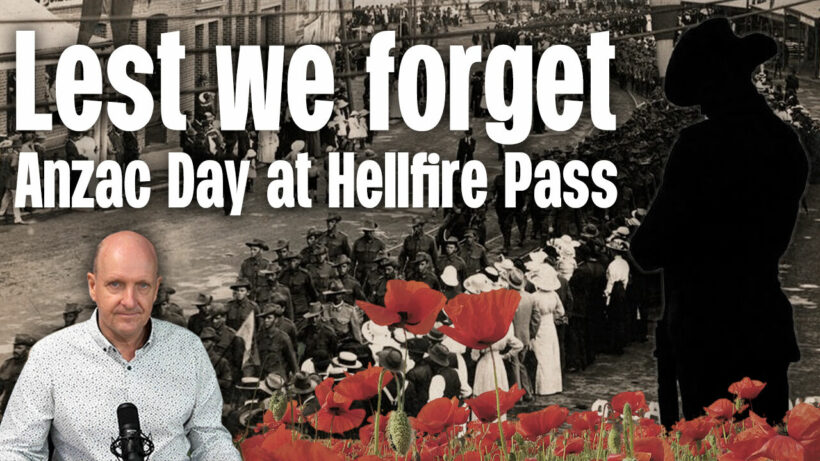 Today is the most solemn day in the calendar for Australians and New Zealanders. It’s called Anzac Day. ANZAC stands for the Australian and New Zealand Army Corps. Specifically, the day remembers a dark day in military history when, mostly, Australian and New Zealand soldiers landed at a beach in Turkey, called Gallipoli, in 1915. It was part of an 11-month campaign by British, French, and Russian forces to weaken the Ottoman Empire. The landing at Gallipoli on April 25 of some 16,000 Aussie and Kiwi troops, and the ensuing campaign, ended up as a military disaster with an enormous loss of life. Today there was also a dawn service in Hellfire Pass in Kanchanaburi. Thanks to Matt Barclay, Australian Consul-General, Phuket, for the photos at this morning’s service.

Tim_Melb
6 minutes ago, JamesR said: There were two attacks at the same time, one by Australian soldiers and NZ's and one by the British and other allies, both attacks ended up with a large number of casualties. The UK does…
JamesR
18 minutes ago, Tim_Melb said: Yes something that some Australians are not aware of tragically. I am Australian but my grandfather (a Royal Welsh Fusilier) fought alongside Australians at Gallipoli and those friendships lead to him to speak so highly…
Tim_Melb
My father held a deep seated hatred of German people. At the end of the war he was in a unit that was sent to Belsen to process the survivors. He told me that it was not what he saw…
oldschooler
6 hours ago, Smithydog said: ANZAC Day shows both sides of the Australian character. It is a day of remembrance and also of mateship. One displaying the loyalty and belief offered by those who give their lives in sacrifice for…

Faraday
Gentlemen. I have removed one post that was percieved as racism. An additional four posts have also been removed, that replied to this. Let's just remember ANZAC day, please. Moderator