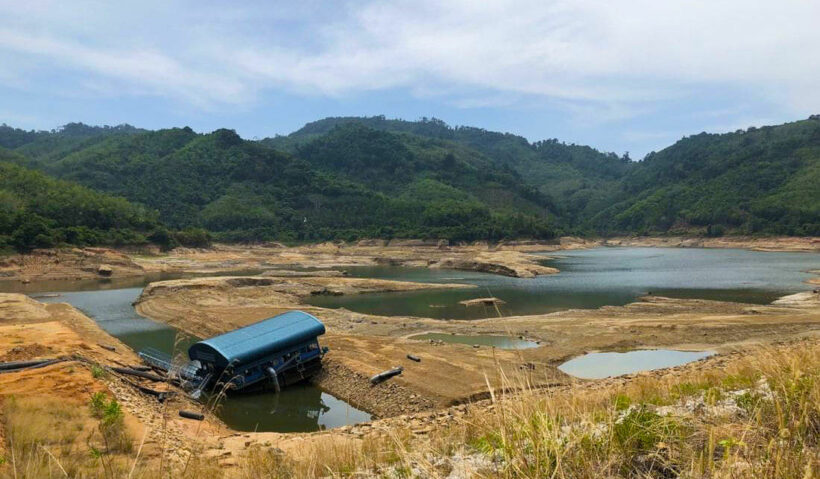 People living in 22 Thai provinces are being warned to prepare for shortages of drinking water during the upcoming dry season, due to start on November 1. The warning was issued by the National Water Resources Office, citing low levels in reservoirs, which are the main sources for tap water production waterworks in 22 provinces.

Areas at risk identified by the office are in northern, north-eastern, eastern and southern provinces.

In Phuket the three main reservoirs have been slowly filling up in the recent month but none of them are near full and fears persist for an acute water shortage on the island at some stage during the coming high season of tourist traffic. The average rainfall on the southern island has been less than half the average rainfall for August, September and October.

Measures have been adopted by agencies charged with dealing with water shortages. including dredging water channels to allow greater volumes of water to flow into reservoirs, drilling underground wells, enlarging storage ponds and the purchase of water to supply to those in urgent need.

The Royal Irrigation Department has announced that people should use water sparingly.

This means farmers in the Chao Phraya river basin may not be able to grow a second crop of rice this year.