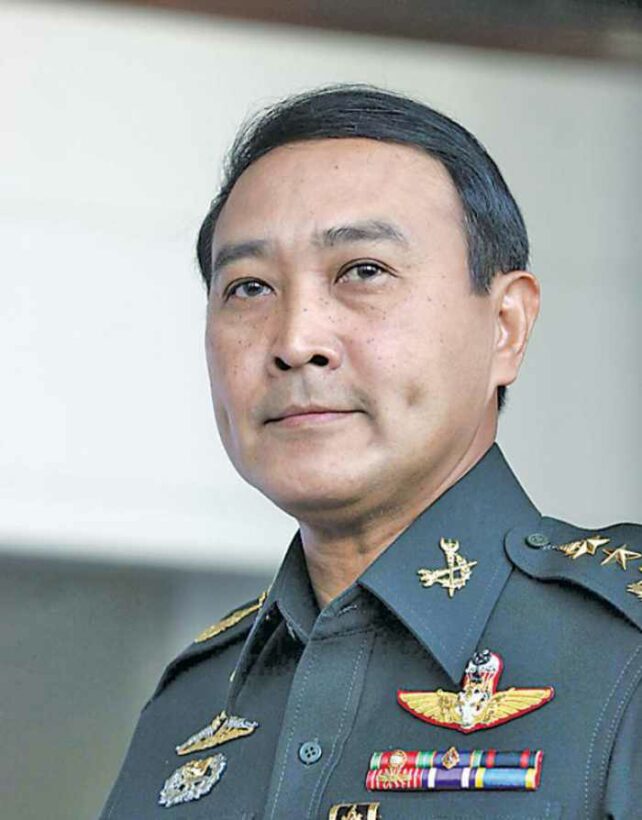 Prayuth, who is in charge of the ruling National Council for Peace and Order (NCPO), is due to retire at the end of September.

It is not yet certain which military general Prayuth would appoint to manage the country’s military if he decides against extending his time at the helm.

Four top military leaders who have one year left in office are qualified to succeed Prayuth.

The military’s inner circle officials know there are actually two main candidates who are likely to get the powerful Army chief post – Paiboon and Udomdej. Both have played key roles for the NCPO.

Udomdej has been trusted to take up the role of NCPO secretary-general and chair the high-level committee to resolve the southern insurgency – while Paiboon heads the NCPO’s legal and justice sector and handles political groups who refuse to accept the junta’s power.

However, there is one obstacle as two other generals also eye the two top posts – General Sirichai Dittakul and General Worapong Sa-nganet, both of whom have close ties with NCPO chief adviser General Prawit Wongsuwan, an influential military figure.

Udomdej is likely to succeed Prayuth as Army chief, with Paiboon is likely to be made deputy Army chief, and Chatchai appointed Army chief adviser. Like Prayuth, Udomdej is from the so-called “Eastern Tigers” (Burapha Payak) clique. There is a high possibility that Prayuth will handpick Udomdej to succeed him.

Paiboon has also played a high-profile role since the military coup on May 22 and if he misses the Army chief post, he may be given the post of Deputy Defence Minister as consolation.

Over 100 Thai surrogates may be carrying babies for Aust couples