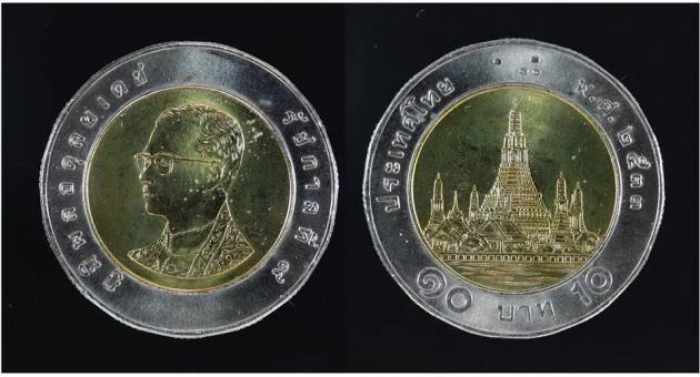 PHUKET: The Treasury Department has denied a claim that just 100 Bt10 coins were minted in 1990.
The department’s director general, Naris Chaiyasoot, spoke yesterday shortly after there was a Bt100,000 offer for a Bt10 coin minted in 1990 – a move that attracted much media attention.

The offer came from Punnapat Sririrueangwanich, a trader of rare coins and bank-notes.

“I’ve known that just 100 coins of Bt10 were minted in 1990 for an exhibition at a Canadian mint. Most of the coins were also handed out as gifts and just 30 returned to Thailand,” the 27-year-old said.

But Naris insisted that Thailand bought 50 million Bt10 coins from a US-based firm in 1990. He said the department would investigate to determine if the coins were used in an exhibition that year.

“After the long weekend, I will ask relevant officials to check,” he said.

According to the department’s deputy director general Werawut Sripaoraya, only commemorative coins are produced in a small number.

Udomdej favoured to take over as the next Army chief