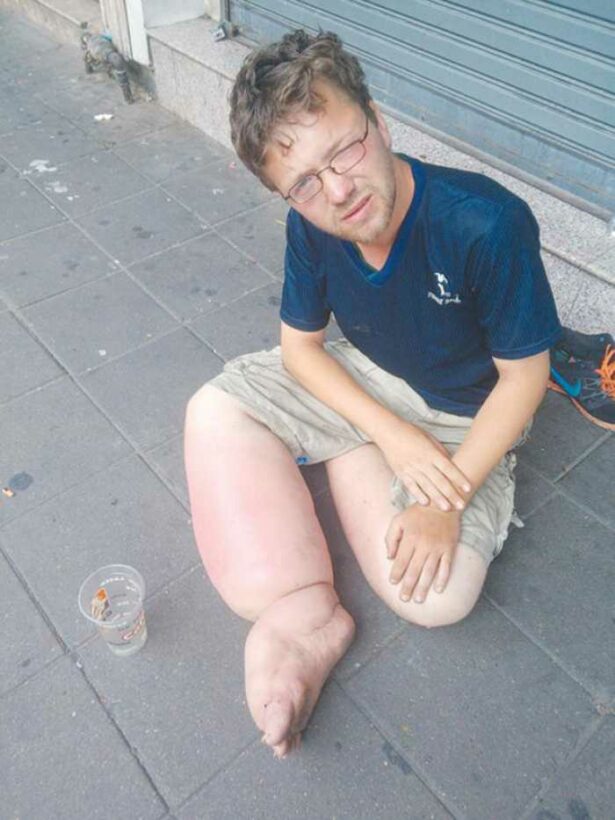 PHUKET: The Tourist Police and a German charity have come to the aid of a German man with excessively swollen legs, found begging near Khao San Road in Bangkok, after his photos were distributed and shared on social media.

Chumphol Thiangtham, chairman of the Deutscher Hilfsverein Thailand eV, said yesterday that Benjamin Holse had been put up at a guesthouse following coordination between his organisation and officials from the German Embassy. The man will be taken to the embassy on Monday to be given a new passport after further verification of his identity.

Chumphol said the German organisation officials had earlier approached Holse and offered help but he had turned it down. Tourism police, after learning about Holse from social media, stepped in and contacted Chumphol again for help, he added.

He said Holse had arrived in Thailand on September 2 by a Chinese Eastern Airlines flight on a one-way ticket. Lt Piyaphong Bukhunthos of the Tourist Police said police first contacted Holse on Wednesday and the German had said his passport, wallet and other documents had been stolen.

A police Facebook page later quoted Holse as saying that the excessive swelling on his legs was a congenital symptom and his condition was neither elephantiasis nor painful.