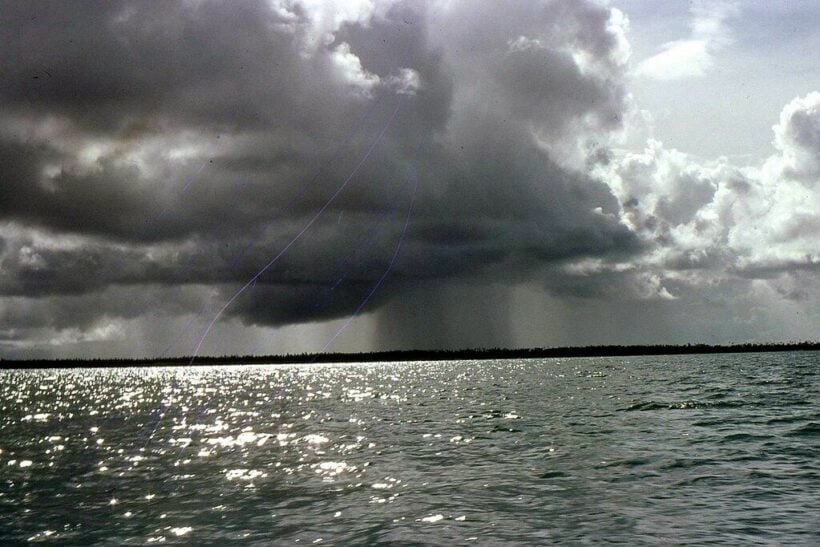 Saturday, May 15, Thailand will mark the official start of the 2021 rainy season, with 5 to 10% more rainfall expected compared to last year. The Thai Meteorological Department says the first half of the rainy season, from now until July, the total amount of rain is expected to be 10% more than the average, while the second half of the season will see rainfall at the average rate.

The actual timing of the annual wet season varies across the country.

The Eastern and South western parts of Thailand are expected to see heavy rain to very heavy rain in some areas. The expectation is due to the southwest monsoon increasing in its strength temporarily, while prevailing over the Andaman Sea.

When tropical cyclones (typhoons) move near or past Thailand, gusty winds with heavy to very heavy rains is to be expected in many areas. Gusty winds will cause waves that could reach 3-4 metres high in coastal areas. The Department is warning the public and mariners to monitor the news during cyclone periods. Heavy to very heavy nonstop raining may occur for many areas of the country. Flash floods are expected, especially from August to September.

About 1 month ago, the Department announced that the upcoming monsoon season is expected to see the highest amount of rainfall in 30 years. The Royal Irrigation Department had instructed agencies to prepare for the situation by inspecting reservoirs’ and irrigation buildings’ conditions.

As of April 2, Thailand’s water catchments were 50% full. The country overall had used a total of 73% of the water in the management plan. The 4 main dams on the Chao Phraya River were 38% full, with about 2,748 million cubic metres of usable water. Last year’s water management during the dry season had followed expectations, leaving enough available water until the end of this year’s dry season.