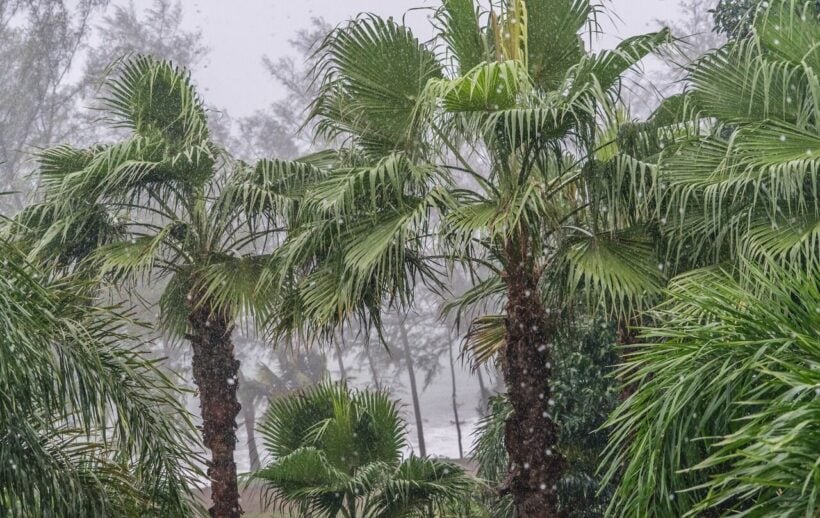 Thailand’s upcoming monsoon season is expected to start early and see the heaviest amount of rainfall in 30 years. The Royal Irrigation Department has instructed agencies to prepare for the situation by inspecting reservoirs’ and irrigation buildings’ conditions.

As of now, the reservoirs are 50% full. The country overall has used a total of 73% of the water in the management plan. The 4 main dams on the Chao Phraya River are 38% full, with about 2,748 million cubic metres of usable water. Last year’s water management during the dry season had followed expectations, leaving enough available water until the end of this year’s dry season.

Thailand’s rainy season is caused by the southwest monsoon that sweeps out of the Indian Ocean with moist air heading in a north-easterly direction across the country, sucked into the void left by rising warm air over the summer Asian continent. The monsoon also coincides with Thailand’s location in the Southeast Asian tropical rain belt – the Inter Tropical Convergence Zone.

The timing of the season isn’t the same around the country and isn’t the same every year although it is reasonably reliable. Chiang Mai does not have the same rainy season as the Gulf of Thailand islands. Koh Samui’s wet season is month’s after the islands on the other side of the Malay Peninsula (the Isthmus of Kra).

The strength and intensity of the rains vary greatly. But, generally, monsoon rains tend to be short, intense bursts of rainfall. They could last for a few hours in the middle of the day, but they could just as easily be over within about 15 minutes in the morning or evening.

Monk dies after getting Covid-19 vaccine, 3 others treated at the hospital