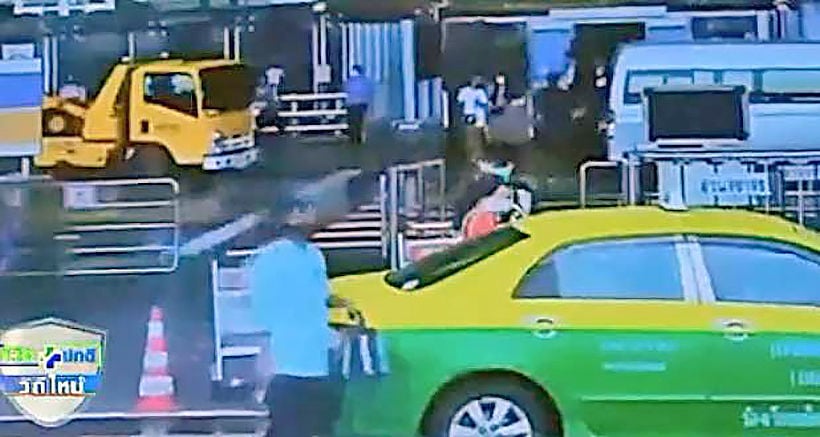 A shifty taxi driver made off with a bag that a previous passenger had left on a trolley at Suvarnabhumi airport. CCTV footage shows a man entering an orange cab with several bags but he forgetting a small backpack left dangling on a trolley. After a green and yellow cab arrived its place and some passengers had loaded up their possessions, a woman noticed the forgotten bag and handed it to a security guard.

But after a brief exchange, the driver took the bag himself and left with his passengers. Later, a 66 year old man reported the lost bag to authorities, saying it contained valuables worth 10,000 baht.

Investigations led to 42 year old driver Suradech or “Wally”surrendering to police.Video of the incident can be seen here.

All items were recovered and handed back to the owner. Suradech says he told the security guard that the bag belonged to a previous passenger.

The driver was charged with theft from an airport. 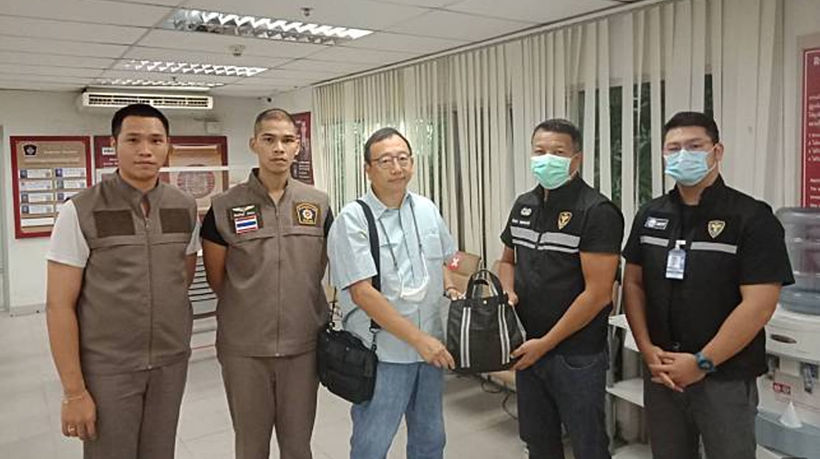