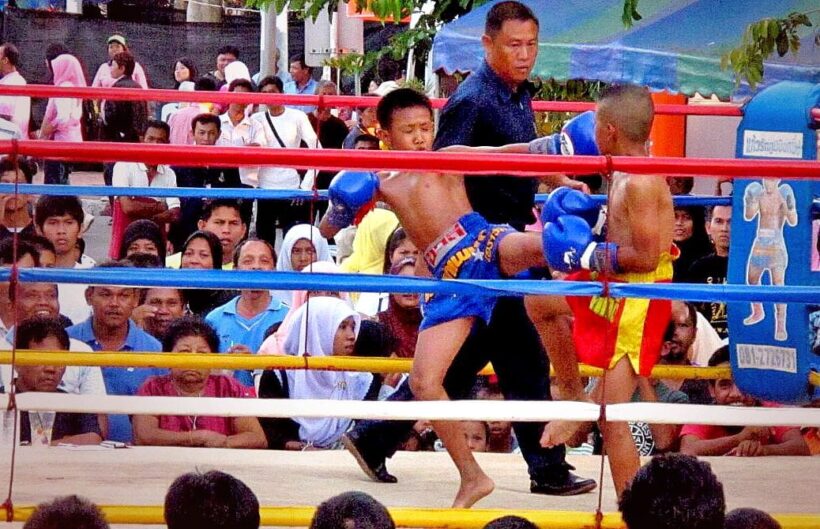 International paediatricians say getting children to box professionally is “the worst type of child abuse”, and is calling on Thai lawmakers to pass a law banning children under the age of 12 from the boxing ring in order to prevent them from suffering long-lasting brain injuries.

The 13th World Conference on Injury Prevention and Safety Promotion has revealed that unless the amendment banning children under 12 from participating in boxing matches becomes law soon, some 3 per cent of the new generation will grow up with learning disabilities.

As the new Boxing Bill continues to drag through the Thai Parliament, Dr Liviu Vedrasco, a program officer at the World Health Organisation (Thailand), said banning the sport among children below 12 was necessary because not only does it have a long-term impact on brain development, it is also a very serious case of child labour.

“Child boxing is totally unacceptable, as it is the worst form of child abuse and needs to end now,” Vedrasco stressed.

“These child boxers are encouraged by their parents and boxing camps to fight each other to earn money for their family and generate income for the camp. Gamblers also bet on them. This deplorable practice continues despite the fact that the sport damages the children’s still-developing brain and leaves them with incurable learning disabilities and other physical and mental health impacts for the rest of their lives.”

Hence, he said, the Boxing Bill needs to be passed as soon as possible so children can be protected from harm and not taken advantage of.

Dr Gary A Smith, a child health expert from Child Injury Prevention Alliance in the United States, also pointed out that many studies vividly verify that brain injuries from boxing lead to serious health-related consequences.

Dr Jiraporn Laothamatas, Ramathibodi Hospital’s Advanced Diagnostic Imaging Centre director and neuro-radiologist, explained that brain injuries sustained by children lowers their IQ and increases the risk of them suffering from Alzheimer’s and Parkinson’s later in life.

“Remember that children are the future of our society. Imagine what will happen if 300,000 children, who are child boxers today, lose out on opportunities due to learning disabilities caused by brain damage at a very early age,” Jirapon said.

However, she said, since Thai boxing is a national sport and part of Thailand’s cultural heritage, children below the age of 12 should not be total banned from boxing.

Instead, she said, they could learn the sport using proper safety equipment, but not be allowed from actual boxing matches until they are old enough.