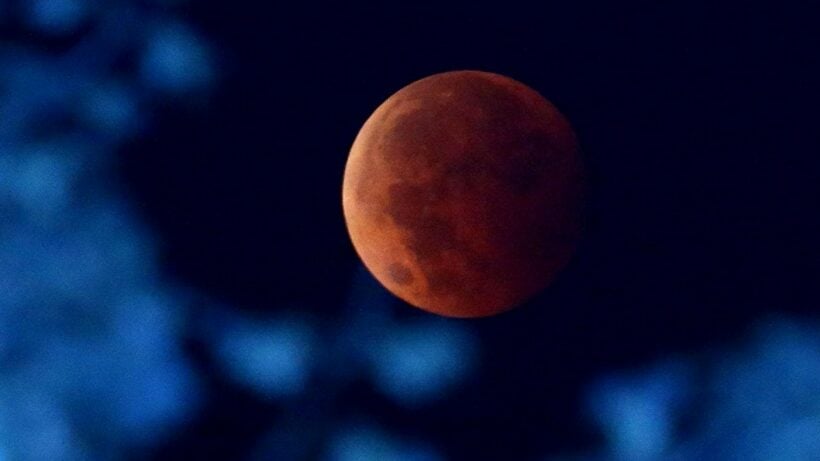 The moon is going to disappear for six hours next week in a mega lunar eclipse – the longest for the entire 21st century.

Thai PBS reports that the total phase of the eclipse – called the totality, when the earth blocks out all light from the sun falling on the moon – will span 1 hour and 43 minutes. The shortest total lunar eclipse of this century, which occurred on April 4, 2015 only lasted 4 minutes and 48 seconds.

“A partial eclipse precedes and follows the total phase of eclipse, each time lasting 1 hour and 6 minutes. So, from start to finish, the moon spends nearly 4 hours crossing under Earth’s dark shadow. 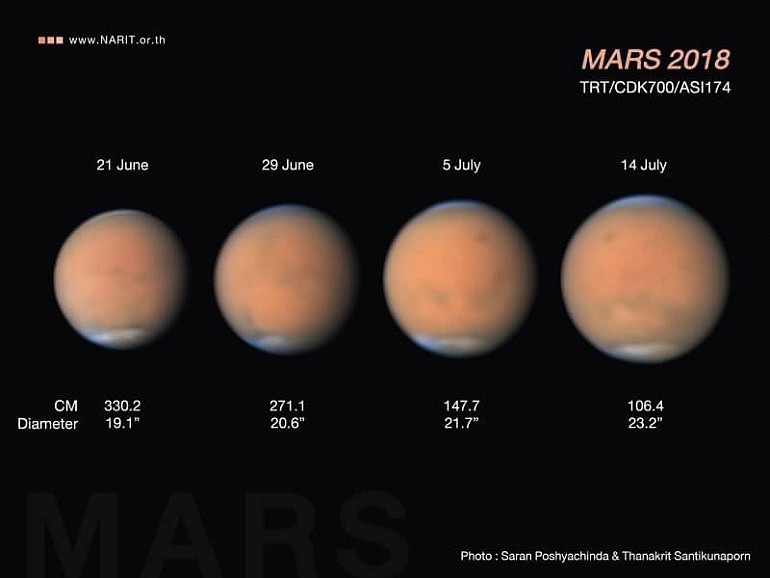 Mars is very bright and red throughout July and August this year, but the eclipse night will be a very special night.

“The eclipse will happen on the same night that Earth is passing between the sun and Mars, placing Mars at opposition in our sky. In one of the sky’s wonderful coincidences, the Mars opposition happens on July 27 too. It is not just any Mars opposition, but the best Mars opposition since 2003.”

Although the longest eclipse, Dr Sarun said the red moon will be smaller than usual because it will be at the farthest point from the Earth this year – at 406,086 kilometre from the Earth. He notes that the eclipse night would be the best opportunity to observe Mars as Mars will move closer to the Earth until July 31 when it is about 57.6 million kilometres from Earth – the closest in 15 years – from normal average distance of 225 million kilometres.