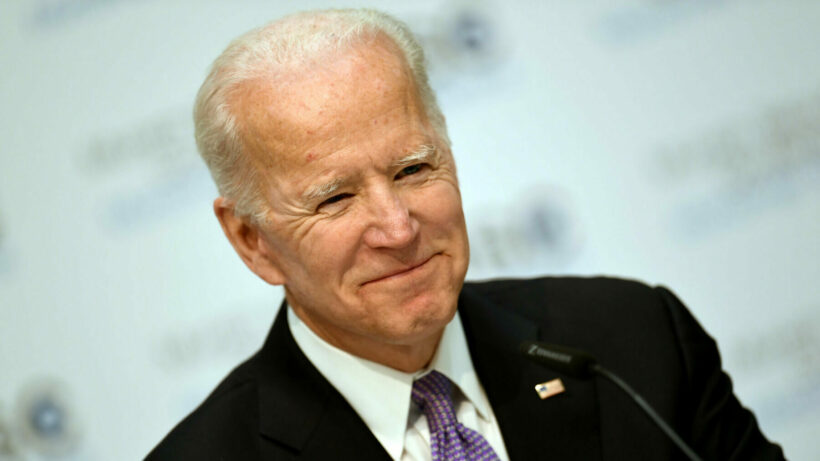 Thai nationals are praising US president, Joseph Robinette Biden, for donating vaccines to the Land of Smiles after a sign praised Thailand’s Health Minister, Anutin Charnvirakul, for providing vaccines.

Social media was abuzz with praise for the man that hails from The Office’s Scranton, PA. One person had a sign that read, “Mr Joe Biden, president of the United States of America, gave Pfizer COVID-19 vaccines to health workers Aug. 9, 2021”, in a vaccine selfie.

Similar pictures have been cropping up like crocuses in spring through social media as Thai’s effusively thanked the President, and man who is not afraid to tell someone when to shut it, Joe Biden. In fact, some of the images have been playfully doctored into memes wherein the US president, and former Onion tongue-in-cheek punchline is wearing suits typically worn by Thai officials.

Part of the meme-makers motivation was to draw attention to the original post/placard that credited Anutin with the U.S. of A’s vaccine donation. The sign had praised Anutin with “giving Pfizer vaccines to health workers in Nakhon Sawan”. However, the vaccines actually came from the U.S.

Provincial health official Adisorn Wattanasak says the original sign was intended to thank Anutin, but officials decided not to display it out of a fear, that proved correct, that showing off the sign would turn “political”.

“I and my team reconsidered it and concluded that it would be inappropriate as it might be linked with a political purpose”, says Adisorn.

Phantom4
Many of us here have valid points. Whether Trump or Biden or both are responsible for vaccines ultimately making their way to Thailand and for whatever the humanitarian or geopolitical reasons, it still remains shameful that we Americans living here…
9S_
1 hour ago, MTa449 said: Plenty of#KKK neo Nazi loving For such a KKK neo-nazi, his wife is a Holy Roman Catholic, his daughter is Jewish-convert and his son in law is Jewish.    1 hour ago, MTa449 said: fine…
9S_
5 minutes ago, Phantom4 said: or Biden or both are responsible for vaccines Biden had nothing to do with the vaccines. He and Harris are the only ones on record denouncing vaccines last year.    Also African Americans and LatinX…
DiJoDavO
I've got a funny joke about Pfizer, but I guess no one here will get it. ?