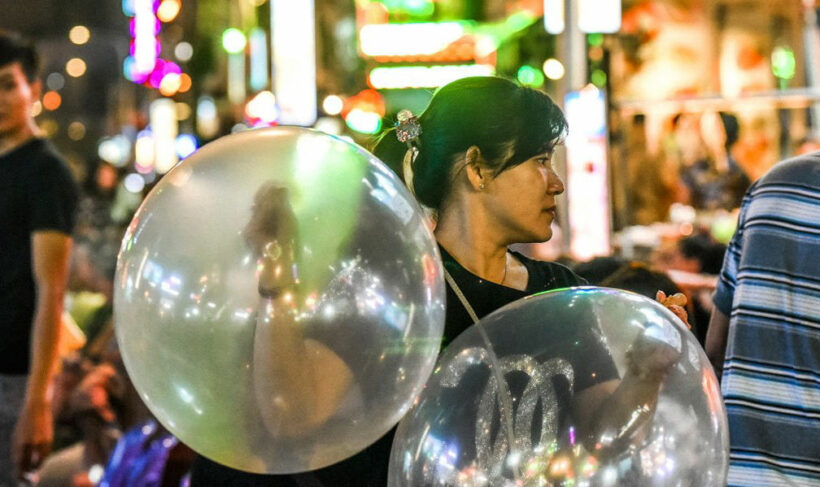 The chief of the Department of Health says people must exercise caution around hydrogen balloons, warning that they can be dangerous, even fatal. The warning comes from Dr Panpimol Wipulakorn after a balloon exploded in Kanchanaburi province, western Thailand, earlier this month.

“Explosion of balloons are reported frequently, since most of balloons contain hydrogen, which is inflammable, causing the balloons to be explosive if they are near heat or spark. Besides, if balloons are put together, one explosion will cause others, harming people nearby or even killing them.”

Panpimol says people who want to have balloons at parties should choose helium balloons over those that contain hydrogen. Helium is considered a safer alternative, due to being non-flammable, but Panpimol warns party-goers that they should avoid standing too near balloons at events if they are unsure which gas they contain.

“If gas tanks are used at parties or events, they should be maintained in good condition, placed in an open area with good ventilation.”

In particular, Panpimol urges people to take care of children around balloons, regardless of what type of balloon might be in use.

“Balloons used for decorations in parties should be kept away from children and popped balloons should be properly disposed of to prevent children putting them in their mouth. Also, children should not play with balloons near their face because a balloon’s explosion could cause damage to their face and eyes.”

In October, balloons exploded at an event in Malaysia organised by the country’s Education Ministry, injuring 16 people, many of them children.

It’s believed the balloons had been filled with hydrogen gas instead of helium, which is more expensive. Children as young as four years of age suffered first and second degree burns, with calls for hydrogen balloons to be banned in Malaysia as a result of the incident.

Forecasts are in negative territory for south east and wider Asia

Illegal Thai workers in South Korea get offer of amnesty