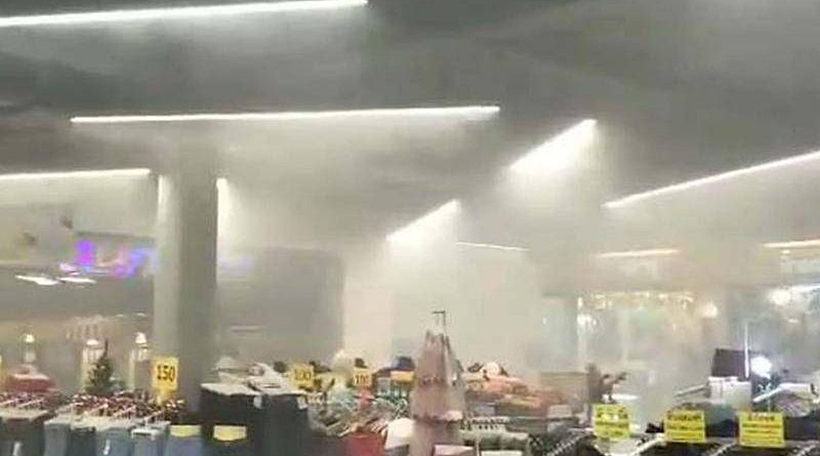 Customers in a shopping mall in Samut Prakan province, south of Bangkok, raced for the exits as smoke coming from a toy store began to fill the building. The incident, which happened in the Bang Phli district, home to Bangkok’s Suvarnabhumi Airport, is believed to have been sparked by a poor-quality power strip that appears to have shorted and caught fire. Investigators suspect that multiple overloaded power strips may have been in use, with one or more not having surge protection.

Thai Residents reports that a photo on Facebook shows a melted power strip, with a social media user saying acrid smoke filled the toy store before pouring out across the rest of the mall. Staff in the store, helped by security personnel, used fire extinguishers to put the fire out before it spread beyond the faulty power board.

Reporters from Sanook say they found the toy store locked on arrival at the mall, with security guards preventing the media from doing any filming or getting close to the shop.

Meanwhile, Thai Residents says the incident serves as a reminder to avoid purchasing the cheapest power strips, some of which sell for as little as 20 baht but are unable to cope with the demands of multiple appliances at once.

When buying a power strip or power board, ensure it has a surge protector and bears the logo of the Thai Industrial Standards Institute, an indication that it meets required safety standards.